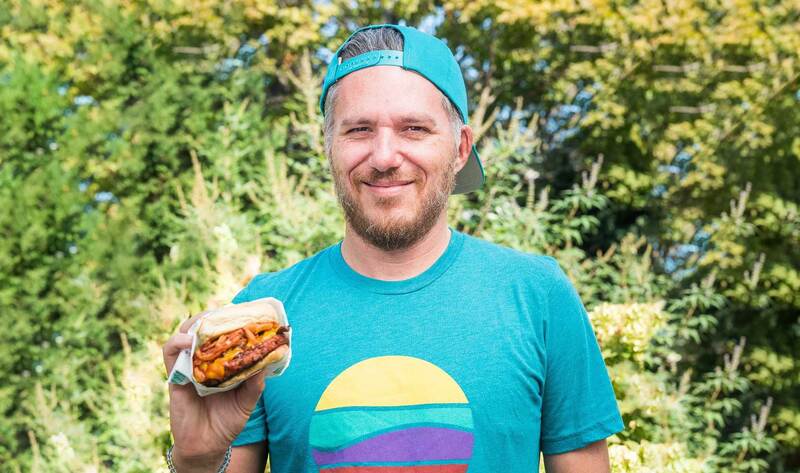 This week, vegan eatery PLNT Burger—which is located inside a Whole Foods Market in Silver Springs, MD—expanded its delivery area to include South Capitol and Washington, DC regions, with Columbia, MD to come. In addition to offering contact-free pick-up in-store—where it has implemented extensive safety measures in response to the COVID-19 pandemic—PLNT Burger now offers its comfort-food meals through delivery services UberEats, Postmates, DoorDarsh, and Grubhub. Opened in September 2019, PLNT Burger is the first vegan concept of chef Spike Mendelsohn, a restaurateur known for his appearances on Bravo’s Top Chef and the Food Network.

During the COVID-19 crisis, PLNT Burger is also encouraging community members to arrange delivery orders for those in need through its BOGO program (which stands for “Buy One. Give One”). “In response to COVID-19, the PLNT Burger team is pivoting from our weekly ‘Friendraisers,’ an initiative where nonprofits and the community come together for an uplifting meal over plant-based burgers, to something new,” Mendelsohn said. “To collectively support health care workers on the frontlines, we’ve started community drop offs and the BOGO deal which means for every meal purchased, we’ll donate a tasty PLNT Burger to a local hospital.”

Mendelsohn created the concept after Seth Goldman—who recently stepped down as Executive Chairman at Beyond Meat—introduced him to the vegan Beyond Burger, which he saw as better for people, animals, and the planet. PLNT offers an indulgent array of Beyond Burgers topped with Follow Your Heart’s vegan cheese, mushroom-bacon, and guacamole, alongside Beyond Meat-based chili, Beyond Sausage-stuffed hot dogs, and vegan chicken sandwiches made with crispy oyster mushrooms. In addition to expanding its delivery area, Mendelsohn is working to expand PLNT Burger’s physical locations after restaurants are allowed to resume normal operations.