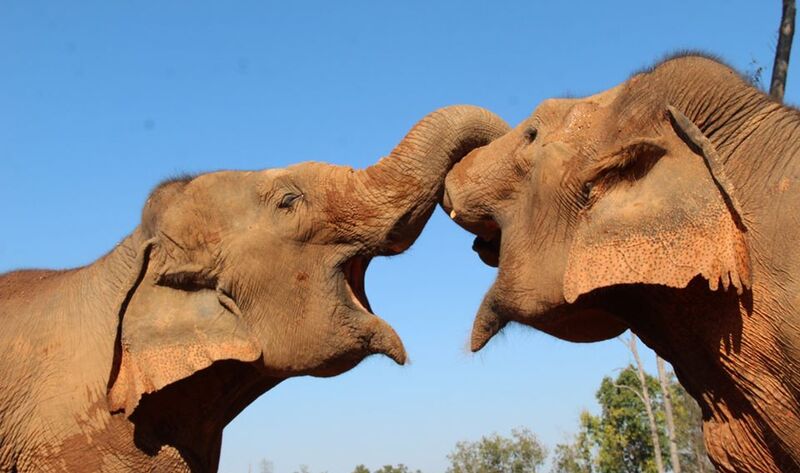 International animal protection organization In Defense of Animals is calling on the Association of Zoos and Aquariums (AZA) to phase out elephant captivity in an effort to stop the spread of zoonotic diseases such as tuberculosis (TB) and COVID-19. Much like COVID-19, TB can be transmitted from non-human animals to humans, and it is commonly found in captive elephants. According to the World Health Organization, TB is one of the top 10 causes of death worldwide. The risk of elephants transmitting TB is greater among those who work closely with elephants, however, close public interactions, such as rides or feedings, are also of concern.

“With the coronavirus infection of at least one tiger at the AZA-accredited Bronx Zoo, we must acknowledge that zoos are a threat to human and animal lives,” Laura Bridgeman of In Defense of Animals said. “Zoos and circuses in the United States have been putting the public and their own staff at risk of TB transmission from captive elephants for far too long. It is time for the Association of Zoos and Aquariums to stop risking human and animal lives by ending breeding and imports, shutting down elephant exhibits, and creating a plan to send elephants to accredited sanctuaries.” So far, more than 6,600 supporters have signed a petition to permanently phase out elephant captivity.

From Chickpea Curry to Flourless Avocado Walnut Brownies: Our Top Eight Vegan Recipes of the Day!

The Queen of England Ditches Fur for Good