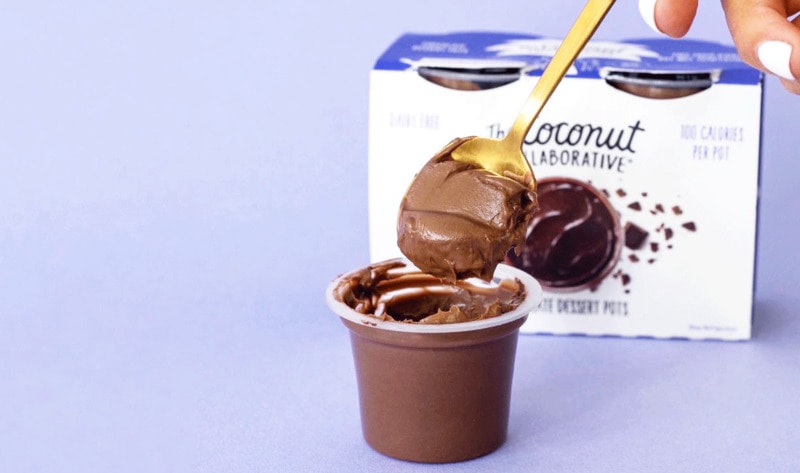 This month, vegan brand The Collaborative (previously known as “The Coconut Collaborative”) closed a $7 million funding round led by investment firm PowerPlant Ventures to fuel its rapid expansion efforts across the United States. The company also named a new CEO: Meiky Tollman—a seasoned executive who worked at hummus giant Sabra Dipping Company for 15 years. Identical twin brothers Edward and James Averdieck founded the company in the United Kingdom in 2014 as a healthier and more eco-friendly alternative to dairy-based yogurt and debuted in the US in 2018.

“For me, coming to The Collaborative is motivating and inspiring to work with one of the fastest-growing category growth drivers of plant-based brands on the market that is also purpose driven,” Tollman said. “I’m excited to join the brand as we are committed to having and spreading a collaborative essence and good intentions, something that is very much needed today and will be needed tomorrow. It is a very difficult and challenging time for everyone around the world right now during this unprecedented crisis and we as a small startup team are challenging ourselves to help as much as we can.” To that effect, the Collaborative is donating $15,000 worth of products to support healthcare workers in the San Francisco Bay Area and planning further support in the near future.

Despite an economic slowdown during the coronavirus pandemic, several plant-based companies have raised substantial capital in recent months, including Impossible Foods (which closed a $500 million investment in March); plastic-free shampoo company Nohbo (which closed a $3 million funding round in early April); and vegan chicken nugget startup Rebellyous Foods (which secured $6 million in funding last week).