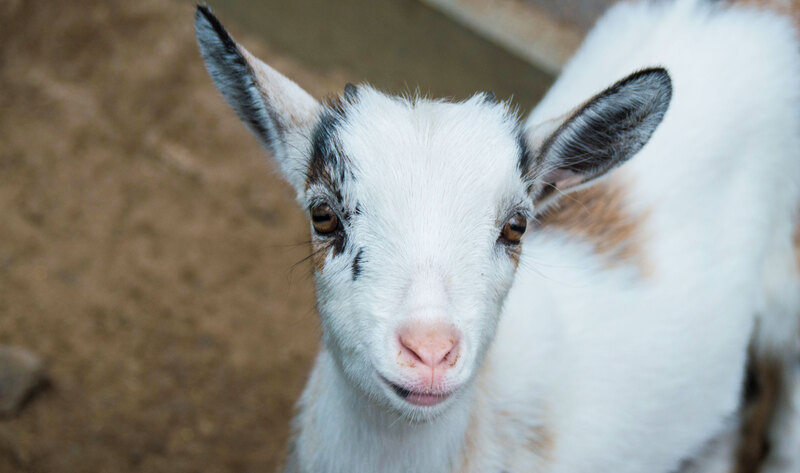 Sprout Creek Farm (SCF)—a working “educational” farm in Poughkeepsie, NY—recently suspended operations and plans to auction off its more than 200 animals, including 85 unweaned infant goats, pregnant goats, a pregnant cow (due in mere weeks), five calves, and over 100 hens. “Although current circumstances have forced us to suspend farm operations, the animals at Sprout Creek Farm will all be appropriately and humanely managed by our excellent farmer and his staff,” SCF said in a public statement.

After the announcement of Sprout Creek’s closure, Catskill Animal Sanctuary, along with several other animal-rescue groups, offered to take the animals into their care but SCF continues to refuse their help. “For them to say [the animals] would be ‘humanely managed’ raises questions for us,” Kathy Stevens, founder of Catskill Animal Sanctuary, told VegNews. “If Sprout Creek were indeed finding loving homes for these animals, surely they’d want the public to know. The secrecy is what’s alarming to us. We invite them to be forthcoming about where these animals are going.”

Last August, Woodstock Sanctuary rescued 99 chickens from the farm after Sprout Creek posted an anonymous Craigslist ad for $2 stewing hens. “They told us ‘they had accidents,’ meaning they let the chickens reproduce until it got out of control,” Woodstock Sanctuary posted on Facebook. “Our team witnessed first-hand their treatment of animals. But those nearly 100 chickens are so lucky that we saw that posting because they are now living out their lives at sanctuaries and private homes where they will never be exploited or killed. The same alternative future is being offered to some of the animals now at Sprout Creek.”