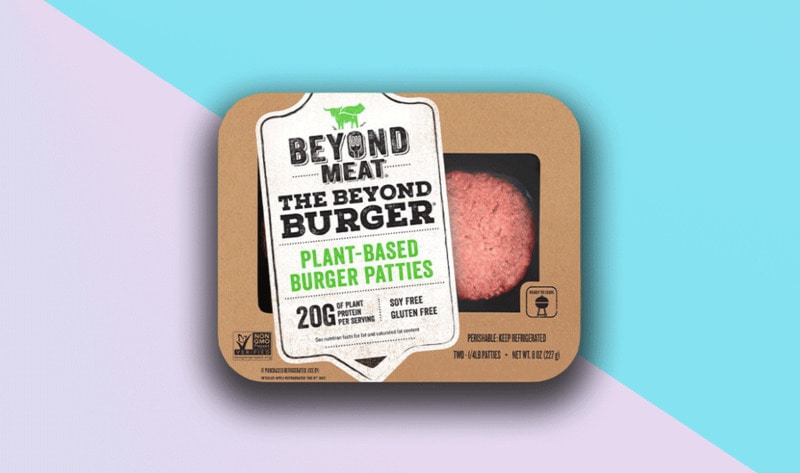 Consumers might be turning to vegan meat during animal meat shortages created by the ongoing coronavirus pandemic, financial outlet InvestorPlace predicts. Last week, stock prices for Beyond Meat—which also just partnered with Starbucks to bring its vegan meat products to 4,200 locations in China—surged by more than eight percent (as of Friday) after a relative lull during the earlier portion of the year. Throughout April, a number of meat companies have shuttered their slaughterhouses after a barrage of workers tested positive for COVID-19. According to Smithfield CEO Kevin Sullivan, which closed the company’s Sioux Falls, SD pork plant on April 12, the closures will likely trigger a shortage of animal meat.

“While Beyond Meat may not initially seem connected to a meat shortage, it is,” InvestorPlace states. “The company could benefit from consumers that are still looking to enjoy burgers, but can’t get their hands on the typical meat variety. Instead, they might turn toward Beyond Meat’s plant-based offerings.”

Last May, Beyond Meat became the first vegan meat brand to go public and clocked in the most successful initial public offering (IPO) of 2019. Prior to the IPO, Beyond Meat Founder and CEO Ethan Brown revealed that he started the company more than a decade ago after grappling with the question: “Do we need animals to produce meat?” If InvestorPlace’s prediction rings true, the public might soon realize that the answer is “no.”

From Captivity to Freedom: The Amazing Rescue and Transformation of Dillan the Asiatic Bear

Everything You Need to Know About Vitamin K for Bone Health