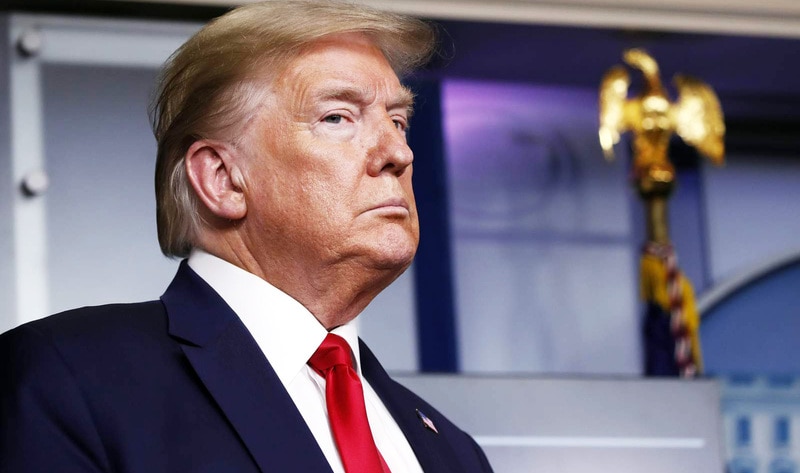 Later today, Trump is expected to sign a five-page executive order, invoking the Defense Production Act, to keep slaughterhouses across the United States open during the COVID-19 pandemic, according to Reuters. The order will give meat companies further liability protections should their workers contract the virus and advise further safety precautions to mitigate the spread of COVID-19.

Approximately 20 slaughterhouses have halted operations amid the COVID-19 outbreak as the virus continues to spread amongst workers. Earlier this month, Tyson Foods closed its largest pig slaughterhouse in Waterloo, IA and other meat industry giants—including Smithfield, Cargill, National Beef, and JBS—followed.

Last week, an anonymous worker at Smithfield’s Milan, MO pig plant teamed with nonprofit Rural Community Workers Alliance (RCWA) to file a lawsuit against the meat giant, citing that Smithfield is in violation of workers rights by failing to provide a safe workplace. “Workers can go several hours performing grueling, monotonous work, shoulder to shoulder, and sometimes even touching their coworkers, often without time to even cover their mouths when they sneeze or cough, and without any time to wash or sanitize their hands,” the lawsuit states.

According to estimates, 1,185 Tyson workers have contracted the disease and at least eight have died as a result. One such death included poultry worker Annie Grant, 55, who worked at Tyson’s Camilla, GA plant, where she felt pressured as an essential worker to continue slaughtering animals even when she felt sick. “We’re working with Tyson … We’re going to sign an executive order today, I believe, and that will solve any liability problems where they had certain liability problems,” Trump told reporters today. “We’re working with Tyson, which is one of the big companies in that world. And we always work with the farmers. There’s plenty of supply.”

Lead executives at both Tyson and Smithfield warned that a meat shortage is on the way and farmers who supply the slaughterhouses have begun to destroy millions of animals as they have nowhere to send them to be killed for food.

Ingrid Newkirk, President of People for the Ethical Treatment of Animals, opposes Trump’s order and says that it is imperative that slaughterhouses remain closed. “For the sake of human health and on behalf of the animals destined to be slaughtered and the migrant and other workers who are treated like scum in these slaughterhouses and whose families are more at risk than in almost any other job, PETA asks the nation to rise up and shout a resounding ‘no’ to keeping slaughterhouses open,” Newkirk said. “We stand ready and willing to help anyone who would like to make the transition to a vegan way of life.”