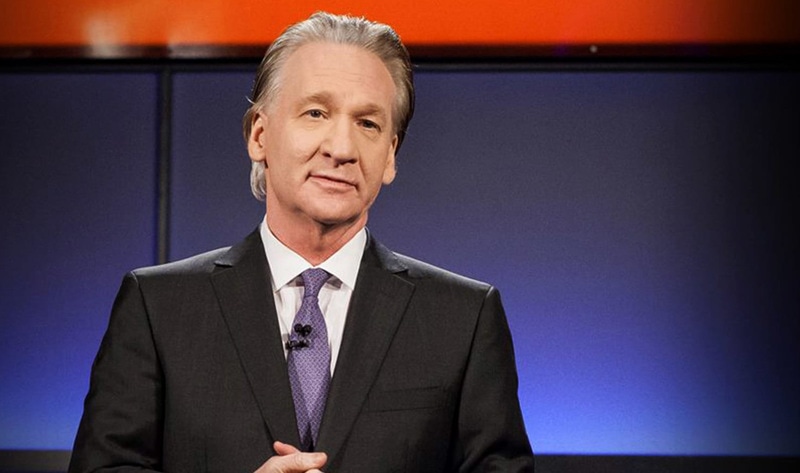 On a recent episode of HBO show Real Time with Bill Maher, host Bill Maher likened America’s factory farms to China’s wet markets—particularly the Huanan Seafood Wholesale Market in the city of Wuhan where COVID-19 is thought to have originated late last year. Maher started his “New Rule” segment by explaining why he refuses to watch popular Netflix series Tiger King. “I already need to watch one bottle blonde from reality TV,” Maher joked in reference to Donald Trump. “And the other reason I’m not watching Tiger King while sequestering [is] because torturing animals is what got us into this mess. That’s the lesson we keep refusing to learn … that you can’t trash the environment, including animals, and not have it come back and kill you.”

Maher went on to echo the Center for Disease Control’s data that 75 percent of new infectious diseases in people come from animal origins—including SARS, MERS, and HIV—explaining that animals crammed in close proximity on factory farms create conditions for emerging diseases. “America’s factory farming is just as despicable as a wet market and just as problematic for our health,” Maher said. “Factory farms have a lot more lobbyists, but ecological time bombs tick the same.”

Maher explained that it is absurd to believe that diseases don’t run rampant among factory farms, particularly in light of how humans are currently living to stop the spread of COVID-19. “Now to thwart the coronavirus, we’ve been told to create distance, avoid others who are sick, lower stress, and exercise,” Maher said. “Are you surprised that diseases flourish amongst animals when they are forced to live in conditions that are the complete opposite of all of that? They are on top of each other, they can’t move, they are stressed out. I’ve seen airports treat luggage better than we treat animals.”

The host commented on the lack of transparency in the United States meat industry, stating, “If you think the market in Wuhan is gross, you should visit one of our giant poultry processing factories but of course you can’t because we have ag-gag laws that make it a crime to report the crime …and it is a crime of animal abuse that goes on in our food industry.” Maher also explained that using antibiotics on farmed animals leads to antibiotic resistance in humans. “That, in turn, leads to us dying from ever-evolving contagions. It’s six degrees of tainted bacon.”

Maher said he didn’t want to point to any one meat company—or, in his words, “mess with anyone’s reputation as a heartless a**hole”—but pleaded with viewers to be more mindful of their food choices. “Do it because animal cruelty leads to human catastrophe.”

Maher concluded the segment by tying together Tiger King, factory farming, and the coronavirus pandemic. “People should take their meandering outrage and focus it on this issue,” Maher said. “You keep animals in cages, be they tigers or turkeys, and look who winds up being the prisoner.”

While Maher’s most recent statements on the meat industry are powerful and commendable, the talk show host’s commentary has not always been well-received. In 2017, Maher was widely criticized for using a racial slur to make a “joke” about slavery. More recently, during the same “New Rule” segment on April 10, Maher insisted that COVID-19 be called “The Chinese Virus,” in order to draw attention to its origins—explaining that Chinese-Americans are excluded from the blame—despite the fact that using that particular phrase, famously perpetuated by the Trump administration, has been linked to documented hate crimes against Americans of Asian descent.

Ban Puppy Mills and End the Cruel Horse Carriage Industry: 10 Petitions You Should Sign This Week to Help Animals