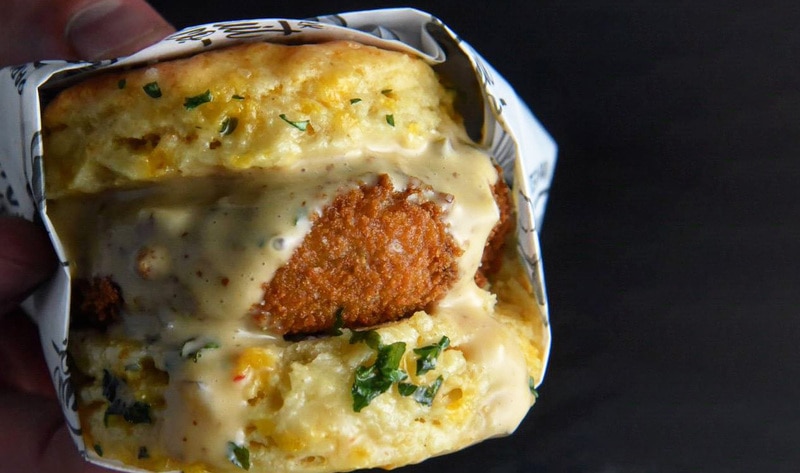 The couple met while Mary was a personal chef to Blink-182 drummer Travis Barker and Neil was on the tour with A Day to Remember. The Westfalls founded Winter Park Biscuit Company as a pop-up restaurant two years ago and, after much success, they began their search for a brick-and-mortar location. “We’ve been doing pop-ups for a couple of years now and it has always been the goal to eventually become a brick and mortar,” Westfall told VegNews. “A space became available in East End Market and it seems like an incredibly natural choice for us to call home. We love Orlando and are grateful to be part of the community.” Orlando’s East End Market showcases some of central Florida’s top food entrepreneurs, makers, artisans, and chefs in a two-story space.

Ban Products Tested on Animals and Shut Down Illegal Wildlife Markets: 10 Petitions You Should Sign This Week to Help Animals