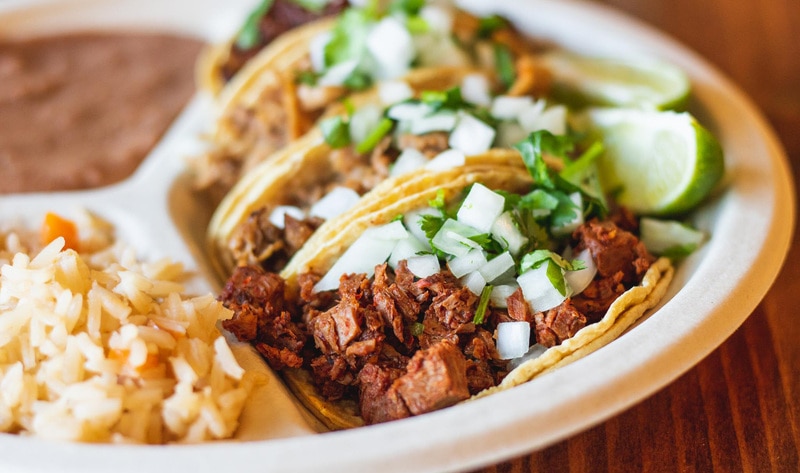 A robot is now helping vegan restaurant El Palote Panadería in Dallas, TX to serve its Mexican fare to customers in a safe manner during the COVID-19 pandemic. Aaron Arias—the son of El Palote owners Aurelia and Lily Arias—created the robot by attaching a tablet onto a board (which is dressed in one of the restaurant’s t-shirts) which he placed atop a remote-controlled Jeep. The contraption is also outfitted with a plastic box into which the restaurant places customers’ food orders.

(We will be open tomorrow from 11am-6pm) Today was a busy day thank y’all for coming out and supporting!! this is how El Palote does curbside pick @nbcdfw @cbs11gingerallen @cbs11karenborta @wfaagmt

“Honestly, the robot came from a desperate need to calm my anxiety about the current situation and give our customers something to laugh at when they come to pick up food,” Aaron Arias told Eater. “I call him the Palote Bot, but he doesn’t really have an official name. People seem to love the concept and it gets a good laugh from anyone that sees the little dude.”

The family-owned restaurant opened in 2016 and after testing vegan-only days, transitioned to a fully vegan restaurant later that year. Aurelio Arias went vegan after he survived a heart attack in 2007 and members of the Arias family adopted a plant-based diet to support him. The couple decided to remove animal products from their restaurant in an effort to educate their community about the health benefits of veganism. With the help of “Palote Bot,” the eatery now serves vegan Mexican dishes such tacos, tortas, and burritos stuffed with vegan versions of traditional meats such as chicharrón, al pastor, and cárnitas; enchiladas made with tofu and ancho peppers; and freshly baked pan dulce.

PPE Could be Recycled with Sunlight According to New Research