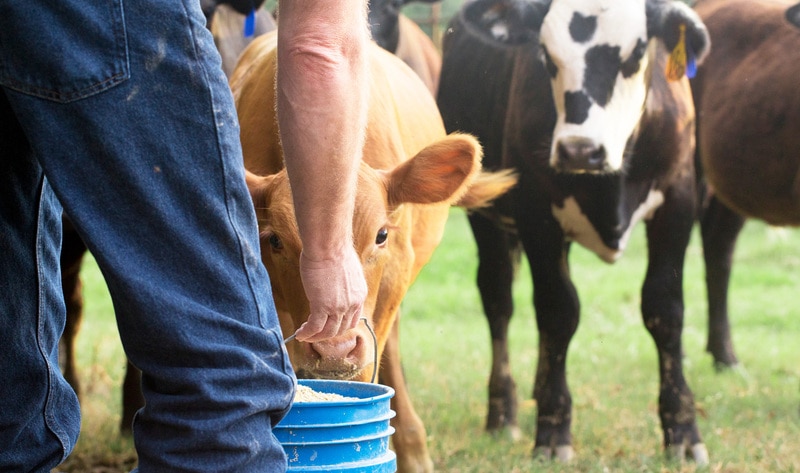 Today, Agriculture Fairness Alliance (AFA)—a network of farming, environmental, and animal-rights organizations—sent a demand letter to urge members of Congress to support legislation that would shift the United States food supply away from factory farms and into more sustainable forms of agriculture. In November, AFA met with Congress to discuss its At-Risk Farmers pilot program which would grant funds to nonprofits to assist animal farmers who want to transition to sustainable endeavors such as supplying the plant-based food market. Amid the COVID-19 pandemic, the group is pushing Congress to support the At-Risk Farmers Act as part of the next coronavirus relief package, along with other proposed legislation that aims to dismantle Concentrated Feed Animal Feeding Operations (CAFOs, also known as factory farms)—which, according to the Environmental Protection Agency (EPA), account for 98 percent of the way meat is produced.

Currently, the US is experiencing a meat shortage due to the disruption of the supply chain brought on by the closure of more than 20 large slaughterhouses after workers continued to test positive for COVID-19. Slaughterhouses are now reopening under Trump’s executive order and many workers fear that their abysmal working conditions will lead to further spread of the virus. “Americans have long recognized that CAFOs pollute the air, contaminate water, and destroy biodiversity,” the letter states. “Now the public is coming to discover that most infectious diseases are zoonotic and that industrial farming operations that concentrate large numbers of animals in small spaces present prime breeding grounds for the development of future pathogens.”

AFA points out that currently, many CAFOs are operating without EPA permits and animal slaughter speeds continue to increase, despite creating increasingly dangerous environments for workers, animals, and the public. “If we continue relying on CAFOs, and continue allowing the large corporations that control them to pack ever more animals into confined areas, we will put the public at greater risk for future pandemics from pathogens even more contagious and deadly than the SARS-CoV-2 virus that is sickening people today with COVID-19,” the letter states. “Furthermore, pollution, biodiversity loss, and other negative aspects associated with CAFOs will intensify.”

AFA’s At-Risk Farmers Act comes as a supplement to the Farm System Reform Act (FSRA) which was introduced by vegan New Jersey Senator Cory Booker in December and recently backed by Massachusetts Senator Elizabeth Warren and California House Representative Ro Khanna. Under FSRA, new CAFOs would be banned and the growth of current CAFOs in the meat and dairy industry would be severely limited, with the goal of phasing out the largest CAFOs by 2040. The lawmakers are pushing forth with FSRA more aggressively in light of the COVID-19 pandemic, which has exposed the corrupt consolidation of the meat industry—where only four multinational companies control nearly 85 percent of the US beef market, with poultry and pork industries similarly under a virtual monopoly.

“We call on Congress to begin the process of transitioning willing farmers toward safe and sustainable farming practices that will lead to the cessation of all large CAFO operations,” the letter states. “We propose putting power back into the hands of small, independent farmers by phasing out CAFOs via legislation such as the Farm System Reform Act, tightening anti-trust regulations, and enacting the At-Risk Farmer Act as a pilot program to help farmers impacted by COVID-19 transition away from animal agriculture to more sustainable production.”