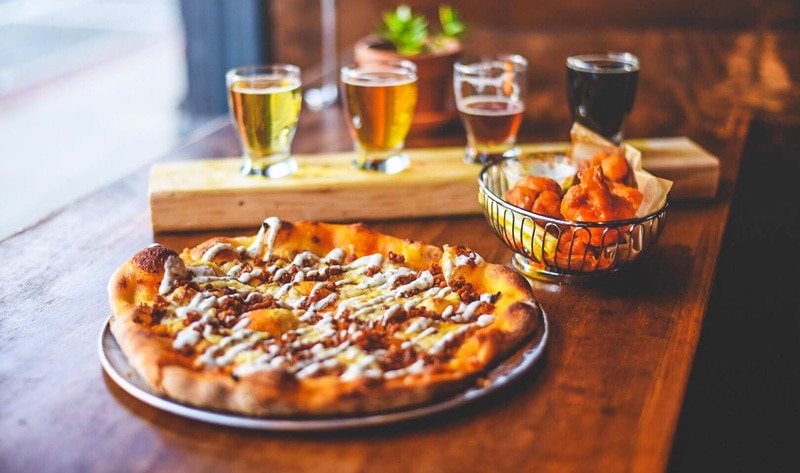 Vegan beer hall PlantPub aims to open this summer as a delivery-only business serving the Boston, Somerville, and Cambridge areas with plans to eventually open as a fully operational beer hall, pandemic permitting. The concept was developed by some of the team members behind Rewild—Boston’s first vegan beer hall and café that operated from October 2018 until last year in a temporary space in Quincy, MA. Prior to the pandemic, McAuley was looking for a permanent space in the greater Boston area for Rewild and chose to pivot the concept a bit during these challenging times.

“Our initial goal, like at Rewild, was to bring healthier food to people in a fun environment,” PlantPub co-founder Pat McAuley told Eater. “For us, that was a beer hall. We love the beer hall environment. If you want to come in, have six IPAs, eat two burgers, and watch the Pats game, great. But you can also come in, drink a kombucha or a non-alcoholic IPA, and eat a little healthier, too.”

Acclaimed chef Mary Dumont, whose restaurant Cultivar shuttered in early 2019, will oversee the menu at PlantPub. “Since Cultivar, Mary has been looking to cook more plant-based, sustainable food,” McAuley said.

As Fire Season Amps Up, Here’s How to Prepare For Your Pets’ Safety