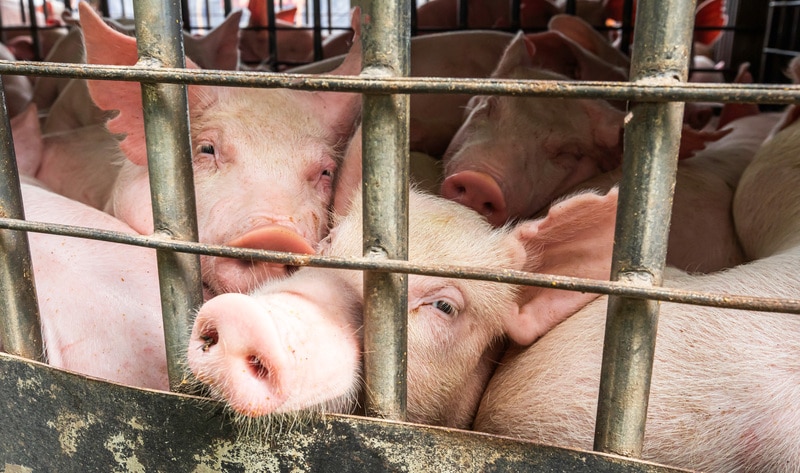 Animal-rights group People for the Ethical Treatment of Animals (PETA) recently made a strategic purchase of shares in a number of meat companies, including Tyson, Hormel, Sanderson Farms, Maple Leaf Foods, Kraft Heinz (parent company of Oscar Mayer), and Chinese-owned WH Group (parent company of Smithfield). PETA will use its stockholder position to attend annual meetings, correspond with other shareholders under Securities and Exchange Commission rules, and directly urge CEOs to convert all slaughterhouses to produce and pack only vegan meats. A number of meat companies in which PETA now holds shares already produce plant-based meat products, including Smithfield and Hormel, which both launched vegan meat lines Pure Farmland and Happy Little Plants, respectively, in September 2019.

While COVID-19 is thought to have originated in a “wet” animal market in Wuhan, China, other zoonotic diseases, including bird and swine flu, have been linked to more traditional forms of animal agriculture which means that a future outbreak similar to COVID-19 could originate anywhere in the world, including in the US. “This crisis has shown that raising and killing animals in filthy factory farm conditions and butchering them in ill-regulated slaughterhouses creates breeding grounds for infectious diseases,” PETA President Ingrid Newkirk said. “PETA is pushing major meat companies to shut down the slaughter lines and switch to plant-based meats that never cause a pandemic.”

Petition: Demand Investigation into Case of Endangered Elephant Believed to have Been Poisoned