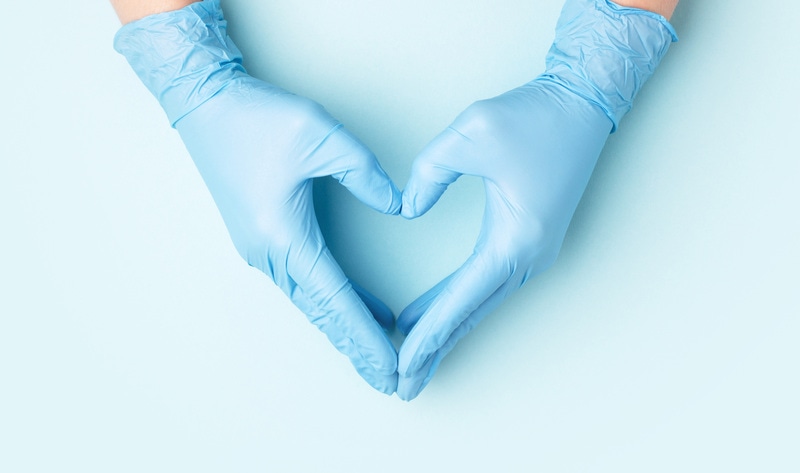 This week, United Kingdom-based doctor Gemma Newman, MD—known as the “Plant Powered Doctor”—and non-profit organization Plant Based Health Professionals (PBHP) UK teamed up with campaign No Meat May to urge the public to go vegan in an effort to prevent future pandemics. While COVID-19 is thought to have originated in a wet animal market in Wuhan, China, the doctors point out that future zoonotic diseases could come from more traditional forms of animal agriculture. “Some politicians and commentators blame China for COVID-19, but they do not mention that all of the recent major disease outbreaks have been caused by tampering with animals and their habitats, or that our chicken salad and pepperoni pizza could be the next big health risk,” Newman said. “Our industrial scale factory farms are like a ticking time bomb—yet I can guarantee that lentils will not spark a viral pandemic anytime soon.”

PBHP UK Director Shireen Kassam, MD, a consultant haematologist, seconds Newman’s notion about viral infections and adds that factory farms are also contributing to doctors’ inability to treat patients with bacterial infections. “More than 90 percent of the meat we consume is produced in industrial scale factory farms, which provide the perfect conditions for the generation of novel infections with epidemic and pandemic potential,” Kassam said. “In addition, intensive farming of animals necessitates the widespread use of antibiotics, which has contributed  to a dramatic rise in the number of antibiotic-resistant infections affecting humans. We have now entered an era where it is not uncommon for doctors to find themselves treating patients with bacterial infections for which there are no effective antibiotics.”

The doctors urge the public to participate in support programs such as No Meat May, which challenges participants to eliminate meat and other animal products from their diets for at least 31 days. This year, No Meat May saw a record number of 33,000 sign-ups—as compared to only 10,000 in 2019. “It’s hard to say what the COVID-19 effect is, but it’s clear that people are drawing the connection between intensive factory farms and public health concerns—as has been demonstrated by the record number of sign-ups to this year’s campaign,” No Meat May co-founder Ryan Alexander said.

No Meat May surveyed 2,500 of its 33,000 participants this year and found that 38 percent are opting to reduce their consumption of animal products due to concerns about the links between animal agriculture and diseases such as COVID-19. “There is more information about the meat industry causing diseases than ever before, and stronger links between the impacts on our health compared to a meat-free diet,” Hannah Bradshaw, a new No Meat May participant, said. “Although I have only given up meat at this stage and reduced my dairy intake, I will be continuing my journey after May with a view to going vegan in the future.”

You Can Now Gift Dad a Box Filled With 8 Vegan Pizzas, 4 Vegan Wines for Father’s Day