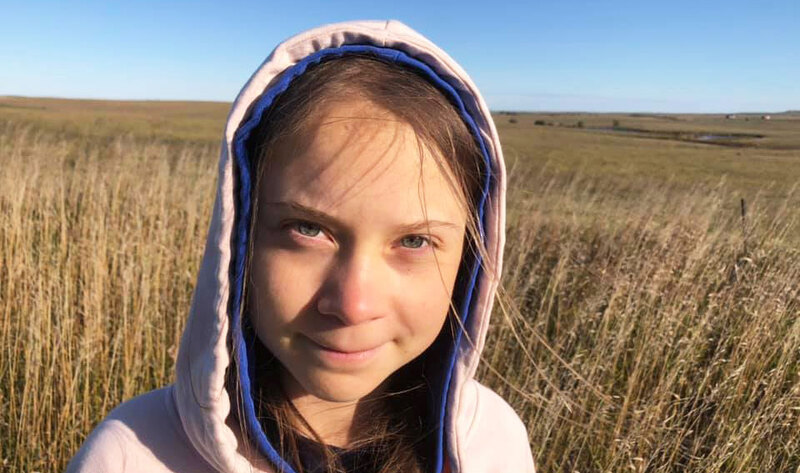 Vegan climate activist Greta Thunberg stars as a fortune teller in legendary band Pearl Jam’s newest music video for its song “Retrograde.” In the animated video, lead singer Eddie Vedder visits a psychic where he looks through a crystal ball to see climate change-driven disasters plaguing the earth. Thunberg appears behind the crystal ball and gives Vedder a glance, conveying the need to take aggressive action to save humanity from the destruction he sees in the ball—a message the 17-year-old vegan has promoted throughout her climate activism.

In 2018, Thunberg ditched school in her native Sweden to hold a one-person protest to bring awareness about the climate crisis. Since then, the activist—who now holds the title of TIME magazine’s youngest “Person of the Year”—has inspired millions of young people around the world to take climate action with her “Fridays For Future” protests. Thunberg is now known for her powerful speeches that condemn political leaders for failing to take action to halt the climate crisis.

Thunberg’s message has influenced a number of artists to create multimedia representations of the climate crisis, including short video “Our House Is on Fire” (narrated by vegan activists Woody Harrelson and Billie Eilish); a spoken word essay made in collaboration with British band 1975; and an upcoming BBC documentary.

From Gluten-Free Yellow Curry to Chickpea and Pistachio Falafel: Our Top Ten Vegan Recipes of the Day!

Queen’s Iconic Guitarist, Brian May, Urges People to Go Vegan in Light of the Coronavirus Outbreak