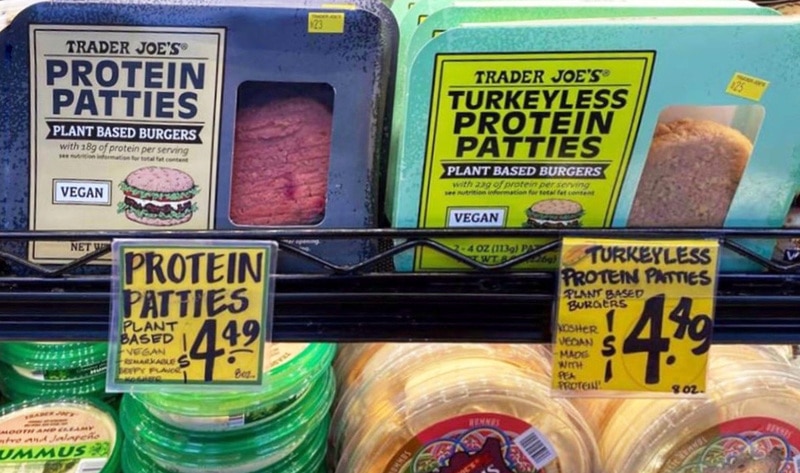 Grocery chain Trader Joe’s recently added a new vegan meat option to its refrigerated deli case. The new Turkeyless Protein Patties vegan burgers—which were spotted by a member on private Facebook group Everything Vegan Trader Joe’s—contain 23 grams of protein each and retail for $4.99 for two 4-ounce patties. The pea protein-based patties are stocked alongside Trader Joe’s beef-like vegan Protein Patties, which the chain debuted to much fanfare in January.

“It may seem far outside the ordinary, implausible, even, but plant-based burgers have become one of the most popular food trends of the past few years, and there’s no sign of slowing down,” Trader Joe’s said in a statement. “Folks are increasingly going for meatless burgers for all kinds of reasons, but we like to think that one reason in particular is primarily responsible: plant-based burgers have gotten really, really good recently.”

In February, Trader Joe’s further expanded vegan options in its deli case with the addition of Vegan Mac (mac and cheese) and the chain’s development team is currently working to create a vegan milk chocolate bar made with almond milk.