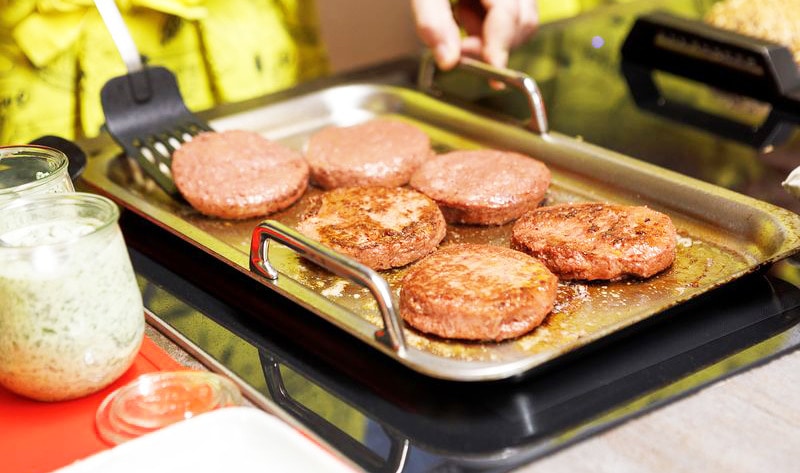 This week, food company Nestlé announced plans to invest more than $100 million in expanding its manufacturing in the Tianjin Economic-Technological Development Area in China. According to Reuters, part of the investment will be used to open a production facility dedicated to plant-based foods with the mission of launching plant-based meat products in China by the end of the year.

Nestlé got into the plant-based meat industry in 2017 with the acquisition of vegetarian brand Sweet Earth. In 2019, the food giant launched the vegan Incredible Burger (a patty featured in The Big Vegan TS at McDonald’s in Germany) in Europe under its Garden Gourmet brand and vegan Awesome Burger and Awesome Grounds in the United States under the Sweet Earth brand. This spring, Nestlé debuted two new vegetarian versions of its classic DiGiorno and Stouffer’s products featuring Awesome Grounds in the US, along with vegan sausages under both the Garden Gourmet and Sweet Earth brands in their respective regions.

Nestlé isn’t the only non-vegan company looking to capitalize on China’s growing demand for plant-based meat—which is expected to be a $11.9 billion industry by 2023 due to several factors, including the outbreak of the swine flu, the COVID-19 pandemic, and fledgling US trade relations. Cargill—one of the world’s largest producers of feed for the animal-agriculture industry—plans to launch plant-based meat brand PlantEver in China after the company saw a successful trial of its plant-based chicken nuggets at three locations of fast-food chain KFC in China last month.