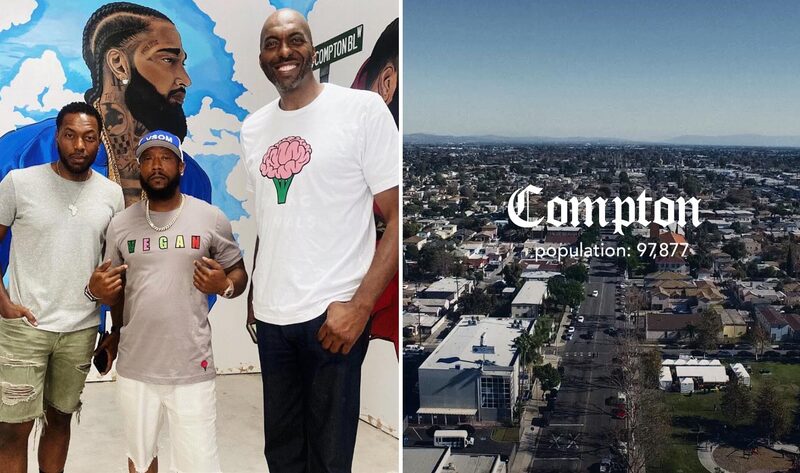 Vegan entrepreneur Roland Jackson will soon open Planet Health Compton in Compton, CA. The space will combine a vegan market, restaurant, juice bar, and clothing store and is dedicated to making healthy vegan alternatives accessible to a community that has long been considered a food desert. Created in partnership with NBA legend and vegan activist John Salley, Planet Health was inspired by a number of public icons—whose images are captured on its wall mural—including Nipsey Hussle, a hip-hop artist and activist who was fatally shot outside his Marathon clothing store in 2019.

“Planet Health Compton is born from experiences in my youth—when I was younger, there weren’t any safe places where I could study or be inspired to focus on my community, my diet, or my mindset,” Jackson told LA Style Magazine. “Planet Health Compton allows people of all ages to coexist and network with each other while being able to enjoy a healthy meal.”

Jackson and Salley hope Planet Health will become a safe space that inspires and educates individuals about a positive and conscious diet and lifestyle. In addition to the market and restaurant, Planet Health will also host events that allow other vegan vendors to showcase their food and products.

Editor’s Note: a previous version of this story was published under a different headline.

Special Needs Cat Who Was Going to Be Killed by Breeder Is Now Instagram Famous!