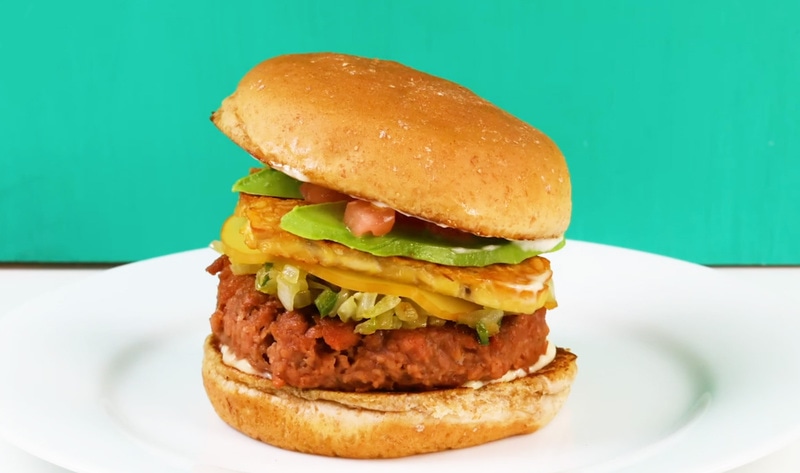 From now until May 31, discovery app Off the Menu is hosting a Burger Showdown competition and limited-time delivery event, with plenty of vegan options. The digital experience—which is raising money for frontline workers during the COVID-19 pandemic—features 58 burgers created through a collaboration between celebrities and restaurant chefs that can be ordered for delivery through Uber Eats in 10 cities. Each creation is documented in a video conversation between chefs and celebrities that prompts viewers to order the burger if they’re within the delivery area and ends with a recipe for the burger for those who are not. Viewers can also make a donation at the end of each episode through charity partner Frontline Foods. The vegan options are made with Lightlife burger patties and include:

The Burger Showdown is also a real competition between all of the creations and fans can vote for their favorite burgers in three categories: Most Creative Collaboration, Best Plant-Based Burger, and Best Overall. Voters will be automatically entered to win a variety of prizes, including a $500 UberEats gift card, a jersey signed by a participating athlete, and restaurant gift cards.

From Roasted Vegetables with Quinoa to Easy Lasagna: Our Top 10 Vegan Recipes of the Day!