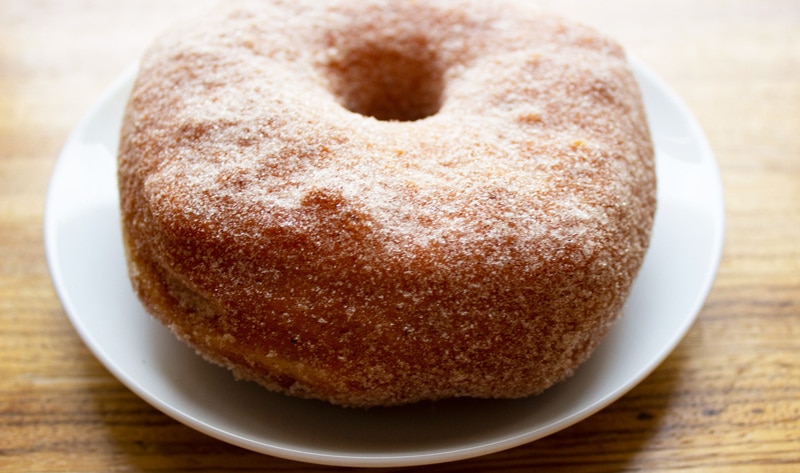 On June 3, New York City chain Dough Doughnuts will launch its first line of vegan doughnuts in honor of National Doughnut Day (June 5). The new vegan doughnuts will come in a novel five-sided shape (to avoid confusion with regular doughnuts) and be offered in plain, cinnamon, and hibiscus flavors. The chain’s Culinary Director Bethany Costello spent 10 months developing the vegan line, which uses coconut oil and flaxseed instead to replace animal products.

“Introducing a vegan menu item right now makes sense on a few different levels,” Costello told VegNews. “We get many inquiries every week about it, but also the eating habits of people have changed. There are a lot of egg and dairy allergies out there. Along with people who are wanting to live a more plant-based lifestyle for both health and environmental reasons, myself included. This is going to give us a way to share the Dough experience with many more people.” Dough’s vegan line will be available at its Flatiron location and for delivery throughout Manhattan on major food delivery platforms.

Dough Doughnuts might not be the only chain introducing vegan options in honor of National Doughnut Day—a holiday created by The Salvation Army in 1938. Earlier this month, Dunkin’ CEO David Hoffman revealed that the chain is currently working to develop a vegan doughnut but has yet to announce its launch date.

15 Low-Salt Recipes to Enjoy This Thanksgiving!