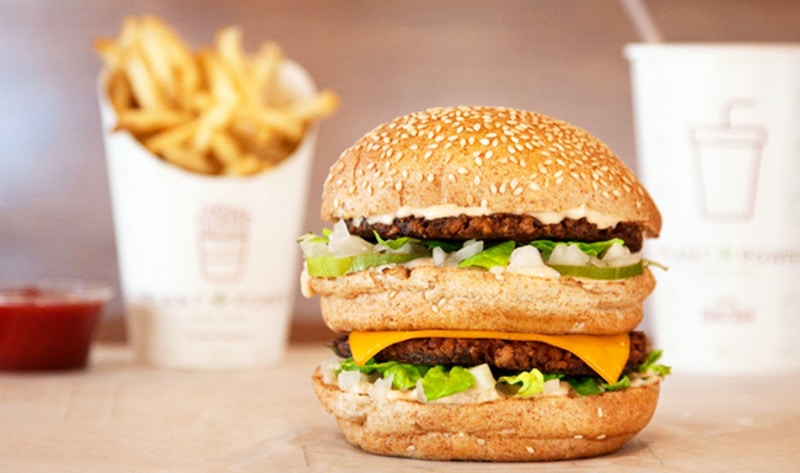 On June 6 and June 7, California-based vegan chain Plant Power Fast Food (PPFF) is donating 100 percent of its profits across all of its locations to National Association for the Advancement of Colored People (NAACP) and Black Visions Collective, a black, trans, and queer-led organization that is committed to transformative, long-term change.

“To be silent is to be complicit. Often businesses are wary of conflict by sharing a stance that may polarize their fanbase,” PPFF co-founder Zach Vouga told VegNews. “If they do share anything at all, it’s usually some calculated one-size-fits all remedy in an attempt to appease all sides. To consumers, this falls short. Plant Power’s entire reason for existence is based upon our polarizing stance on animal advocacy and environmentalism so taking a stand for another cause we feel strongly about was easy for us. We didn’t want to just slap up an obligatory post or two and then step gingerly towards normalcy, either.”

PPFF opened its flagship location in San Diego in 2016 serving plant-based versions of American classics, including “The Big Zac”—a vegan Big Mac copycat named after Vouga. PPFF now has six locations, along with a food truck, in California, opening its most recent outpost last summer in Long Beach to record sales.

Refugees in Camps at High Risk of Coronavirus