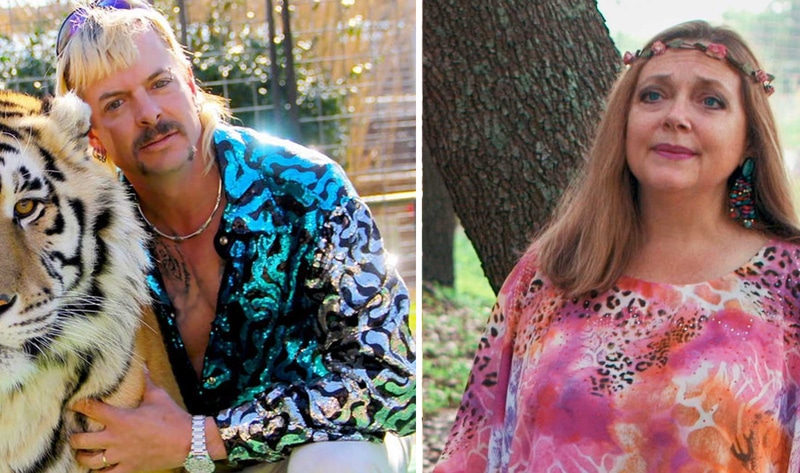 This week, federal judge Scott L. Palk granted Big Cat Rescue sanctuary owner Carole Baskin control over approximately 16 acres of land in Garvin County, OK, which encompasses the GW Zoo formerly owned by Joe Exotic. Under the order—which is part of the ruling on a $1 million trademark dispute filed by Baskin against Greater Wynnewood Development Group, LLC—the property’s current owner, Jeff Lowe, must vacate the premises and remove all of the animals within 120 days.

In March, Netflix docuseries Tiger King introduced viewers to the feud between Exotic (a roadside zookeeper and animal breeder) and Baskin (who worked to shut down Exotic’s zoo), along with other eccentric characters classified loosely as “big cat people,” including Kevin “Doc” Antle and Lowe, who all engage in exploiting wild animals for profit. Shortly after the release of Tiger King, Baskin slammed the show for sensationalizing the characters rather than focusing on the animal abuse big cats endure across the United States.

In April, animal-rights organization The Humane Society of the United States (HSUS) released never-before-seen footage of animal abuse to show the public the truth behind the big-cat trade portrayed in Tiger King. In 2011, an HSUS investigator uncovered various workers at Joe Exotic’s GW Zoo, including Joe himself, routinely beating and punching tiger cubs in the face, dragging them by their necks and tails, and engaging in other abuse. In 2014, HSUS uncovered further abuse at Doc Antle’s Myrtle Beach Safari.

“The judge’s decision finally brings down the curtain on the cruel operation known as GW Exotic. It is justice for Carole Baskin and accredited sanctuaries that put animal welfare first,” HSUS President and CEO Kitty Block said. “The Humane Society of the United States urges that the animals at GW be transferred to proper sanctuaries so that they will never suffer again at the hands of unqualified hucksters like Jeff Lowe and Joe Exotic who kept and exploited these abused animals in substandard filthy conditions.”

This week, to bolster the fight against the abuse of wild animals, musician Iggy Pop demanded that Senators Marco Rubio (R-FL) and Rick Scott (R-FL) co-sponsor The Big Cat Public Safety Act, the proposed federal legislation supported by Big Cat Rescue that aims to ban ownership of big cats and the use of cubs for photo opportunities. “The Big Cat Public Safety Act, which has bipartisan support in both the house and senate, is aimed at protecting big cats from abuse and neglect by prohibiting private possession of these wild animals, and banning risky public encounters with them,” Pop said. “Co-sponsoring this commonsense bill will show the Senators’ commitment to the safety of Floridians and respect for exotic wildlife.” Pop is the latest celebrity—joining Blackfish director Gabriela Cowperthwaite, actor Joaquin Phoenix, actress Edie Falco, and more—to sign a petition led by Animal Legal Defense Fund calling on Congress to pass the legislation.

15 of our Top Plant-Based High-Protein Recipes from 2019!