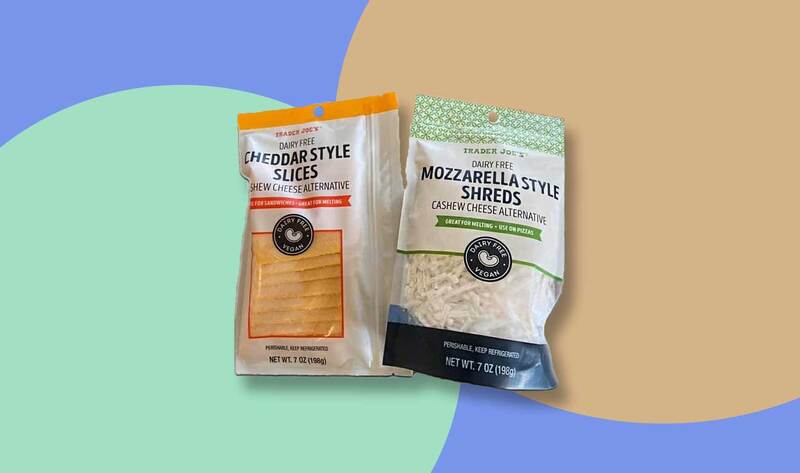 This week, Trader Joe’s began rolling out new vegan cheese options. The new options—which were spotted by a member on private Facebook group Everything Vegan Trader Joe’s—are made with a cashew base and include vegan Cheddar Style Slices and Mozzarella Style Shreds, both priced at $3.99 per 7-ounce package. The store advertises the vegan cheeses as “great for melting” and suggests customers use the cheddar slices for sandwiches and the mozzarella shreds on pizza.

Trader Joe’s has extensively expanded its vegan meat and dairy options this year, starting with the launch of its Protein Patties (plant-based beef burgers) in January followed by vegan Turkeyless Protein Patties, which it added to its refrigerator shelves last month. In the deli section, Trader Joe’s debuted Vegan Mac (mac and cheese) in February and the chain’s development team is currently working to create a vegan milk chocolate bar made with almond milk.