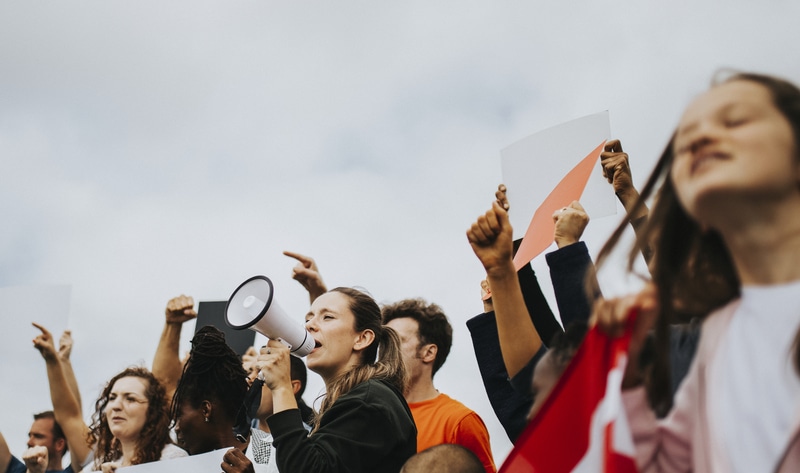 George Floyd, an unarmed 46-year-old Black man, was killed in broad daylight in Minneapolis, MN on May 25, handcuffed and pushed face down on the city street with former police officer Derek Chauvin’s knee pressed into his neck for an agonizing eight minutes and 46 seconds. Chauvin, who is white, was accompanied by three other now-fired officers, two of whom were also restraining Floyd, as witnesses recorded and pleaded with the officers to get off the man, who was not resisting arrest, to allow him to breathe. Floyd also pleaded for his life, telling the officers that he couldn’t breathe, calling out for his late mother. For nearly the final three minutes he was immobilized under Chauvin’s knee, Floyd was unresponsive. An autopsy by medical examiner Dr. Michael Baden concluded Floyd died from “asphyxia due to compression of the neck” as well as compression of the back, which further restricted his airflow. Floyd was arrested and killed under suspicion of using a counterfeit $20 bill at a convenience store.

In the aftermath of yet another Black man killed by police officers, we are seeing an uptick in the use of the phrase “Black Lives Matter,” but also the knee-jerk “All Lives Matter” as a tone-deaf rejoinder—and, as vegans who advocate for animals’ lives, we need to talk about this.

Modifying the message
I can’t speak for everyone, but I would bet that many, if not most, vegans believe that all lives do matter and I am not here to dispute this. This belief is precisely why we are endeavoring to radically change how other animals are treated, valued, and conceptualized. “All Lives Matter,” though, is the co-opting and redirection of a phrase specifically created by and connected to the Black Lives Matter racial justice movement that aims to end systemic racism and the forms of it, such as police brutality.

The phrase is succinct and plaintive for a reason: Can there be any greater evidence that Black people are tyrannized than their very basic need to assert that their lives matter? Inserting one’s preferred phrasing to this need for acknowledgment when Black people navigating the perilous tentacles of societal racism is an erasure of Black lives, their voices, and deaths, hijacking it before the insidious legacy of racial inequality and oppression has been honestly reckoned with and corrected. Black vegan writer and educator Christopher Sebastian sees a longer history of appropriation when he hears “Black Lives Matter” diluted into something else. “When radical Black protest becomes popular, Black erasure always follows,” he says. “And it’s not limited to animal rights. We all know the #MeToo movement. But many of us would be hard-pressed to know it originated with Tarana Burke.”

“All Lives” overshadows
Some people have bristled that the “Black Lives Matter” slogan means that other lives don’t matter when it is simply focusing a spotlight on people who have historically not had their lives valued. As activists have pointed out though, the phrase was not intended to mean that only Black lives matter—but a reminder that their lives matter, too—and if we are still at a point in history where this needs to be said, the importance of focus is all the more obvious.

Saying “All Lives Matter” in the broader context of the need to understand and dismantle racism feels more like a backlash with a basis in discomfort than solidarity. Others have looked at the slogan opportunistically and applied it to unrelated causes; vegans and animal rights activists are not alone with that. With so much pillaged from Black culture though, this redirection feels acquisitive, silencing, disrespectful, and inconsiderate to people tired of having their creativity and labor treated like a goody bag to ransack as their lives remain devalued. Further, as Black people are still pleading the case for their basic human rights, pushing them aside to make room for other species is insulting and premature when their own work is far from over.

Supporting specificity
This is not to say animals’ lives don’t matter. This is to say as people working to help muted voices be heard and lives pushed into the shadows be seen, we need to respect the space around the specific “Black Lives Matter” phrase and innovate our own ways of communicating that the animals we advocate for deserve better, instead of stepping on Black lives. We need to tap into our creativity and resources instead of appropriating. “Even though the world is literally on fire right now, I have a lot of reason to hope,” Sebastian says. “We live in a highly networked global society that has created a unique opportunity for activists to create and distribute original, provocative, thoughtful, and distinctive media. Let’s use it!”

“Black Lives Matter” means something specific, and it was borne of a desperate need to be heard. It is unethical to co-opt it. Do not contribute to the silencing of Black people by diluting and redirecting the phrase that was created by and for their very much ongoing racial justice movement. If we want Black people to consider the vegan message instead of creating needless alienation—and they are our fastest-growing demographic as it is—animal rights activists need to listen and be real allies first, not to achieve our goals but because it is the right thing to do.

Black Lives Matter. That is all.