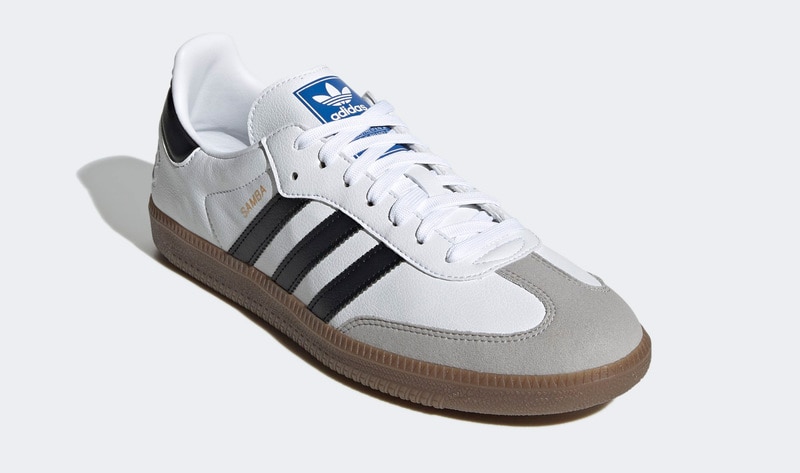 Shoe and apparel brand Adidas recently launched a new “Our Icons Go Vegan” initiative to create animal-free versions of its classic shoe styles. In 2018, Adidas launched its first veganized icon, the Stan Smith sneaker, in partnership with designer Stella McCartney—and debuted a second version with colorful star patterns and chunky rainbow shoelaces in 2019. This year, the company added two new styles to the vegan collection, Samba ($80) and Continental 80 ($80), both embossed with a “Adidas Original Vegan” logo and made with animal-free materials, down to the glue. “With the same look and feel as the original style, this version advocates for a better future with an entirely vegan design,” Adidas describes the Samba style.

In addition to using all-vegan materials, for its Continental 80 style, the company uses environmentally friendly algae-based EVA foam for the construction of its midsole. “The shoe that once found its rhythm in the packed fitness studios of the ‘80s makes some new moves today,” the brand described the new style. “These vegan Adidas shoes completely eliminate the use of animal products. So swap out the bold colors of the ‘80s and exchange them for a brighter future.”