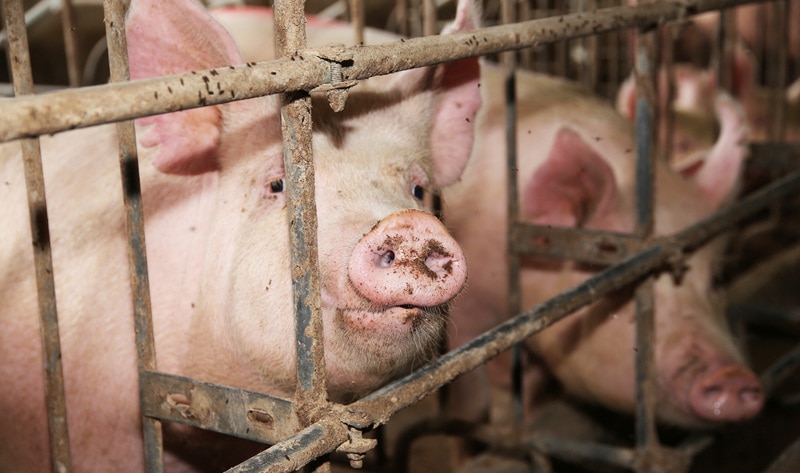 A new peer-reviewed scientific paper is calling for an end to factory farming and live animal markets worldwide in an effort to prevent the creation and spread of zoonotic diseases such as COVID-19. What the COVID-19 Pandemic is Telling Humanity was written by prominent academic physicians David O. Wiebers, MD, Emeritus Professor at the Mayo Clinic, and Valery Feigin, MD, Editor-in-Chief of medical journal Neuroepidemiology and a professor in New Zealand.

“Although it is tempting for us to lay the blame for pandemics such as COVID-19 on bats, pangolins, or other wild species, it is human behavior that is responsible for the vast majority of zoonotic diseases that jump the species barrier from animals to humans,” the paper states. “The alarming increase in the frequency of these lethal zoonotic diseases relates in large part to our human-dominated ecosystem with increasingly unnatural human-animal close contact, grossly aberrant crowding of animals for human purposes, destruction of animal habitats, and vast numbers of highly mobile humans to swiftly carry these diseases throughout the world.”

The paper points out that the hunting and selling of wild animals and the massive overcrowding of animals in factory farms constitute major public health risks and that continuing these practices will only assure further crises in the future.

“Intensive confinement of animals in factory farm operations should be discontinued worldwide for the sake of animals, humans, and the environment, and we should rapidly evolve to eating other forms of protein that are safer for humans, including plant-based meat alternatives and cultured meat (produced by culturing animal cells),” the article continues. “Additional investment in plant-based agriculture to grow crops to feed humans rather than livestock for human consumption would feed more people while utilizing far less land and water, allowing for the preservation of vital ecosystems for innumerable species.”

The article will also be published in the print publication Neuroepidemiology in July. The online version is available free to the general public worldwide.

Justice for Elijah McClain, End Qualified Immunity, and Tell UN to Fund Anti-Poaching Efforts: 10 Petitions to Sign this Week to Help People, Animals and the Planet