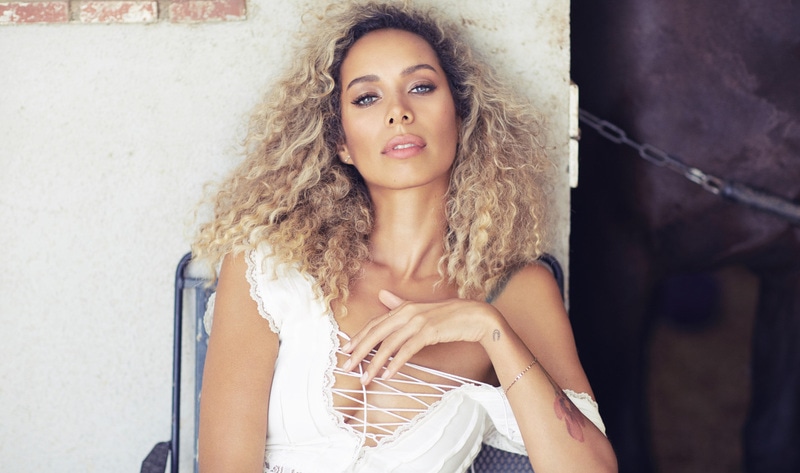 Vegan musician Leona Lewis—who was born in England to a Black father and white mother—took to Instagram this week to share a story about her experience with racial profiling. Lewis explained that she and her father visited a small shop in the Chelsea neighborhood of London, England a few years ago to purchase items for her new home. “I didn’t realise at the time but all of the other customers were white. Me and my dad were the only Black people in there,” Lewis said. “So we’re walking round, picking up stuff, as you do, and I started to notice that the store owner lady was hovering around and her vibe was just off.”

This deeply impacted me. I hope you will listen until the end x

The owner approached Lewis and her father and demanded that they put down the items they were browsing. “Every other person was picking stuff up, looking at it,” Lewis said. “I immediately knew what was happening and I asked her, ‘Why? Everyone else is picking stuff up. Why do we have to put stuff down? We’re just looking at it, I’m probably going to buy it.’”

As the other customers began to leave the store, the owner became confrontational and threatened to call the police if Lewis and her father did not leave the store. The singer’s father told her to act calm and minimize herself, the way Lewis understood her father has done in the past. “I couldn’t calm down because I was so angry,” she said tearfully. “I knew what this woman was doing to us. But my dad has been in positions like this before and he knew that I needed to make myself smaller … and that just enraged me even more.”

Lewis explained that after they exited the store she sat in the car and cried. Her father then returned to the shop to bring the owner one of the singer’s CDs after which, upon realizing that Lewis was a celebrity, the shop owner apologized. “I confronted her and said, ‘You’re racist. You’re a racist. You targeted me and my dad, you wanted to throw us out of the store because of our color,’” Lewis said. The owner then haphazardly said that she was worried Lewis and her father were going to steal something, to which Lewis replied, “That is the conditioning that we have. That is racism. This conditioning that we were going to take something. That Black people are going to steal something or that there is something to be scared of.”

Lewis also commented on the white customers that left them to fend for themselves against the racist store owner. “For the people that are not speaking out or saying anything, you’re the people that left,” Lewis said. “You need to stand with us and acknowledge that it’s happening because when you don’t … you are diminishing our pain, our humanity.”

Lewis shared her experience amid the ongoing protests in the United States sparked by the police killing of George Floyd, who was another Black victim of systemic racism. “When people in the UK are saying that racism isn’t a problem here, it is a problem,” Lewis said. “It’s a big problem.”