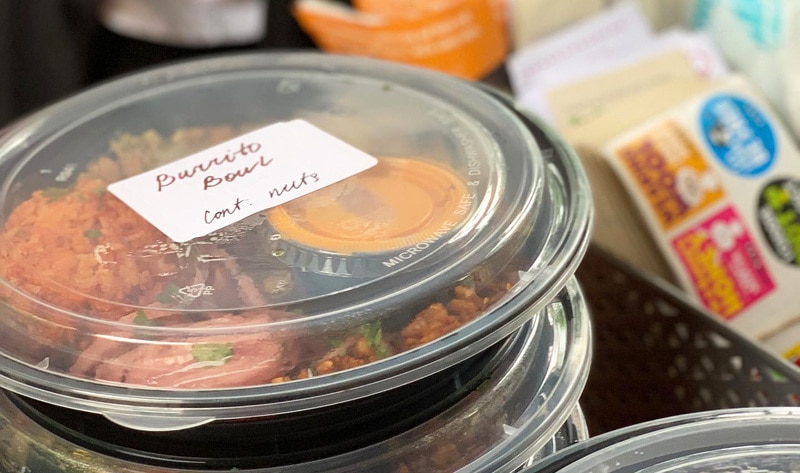 The New York chapter of vegan hunger-relief organization Chilis on Wheels is working to feed communities in Brooklyn, NY during the social justice protests in response to the death of 46-year-old George Floyd, a Black man killed by Minneapolis police last month. The group is providing fresh fruit, snacks, burritos, and juice to protesters who are marching as well as those who have been arrested.

This is not the first time Chilis on Wheels has worked alongside social justice protesters: During the Puerto Rican protests in 2019, the group distributed vegan sandwiches, and during the Executive Order 13769 protests in 2017 (which banned foreign nationals from seven predominantly Muslim countries from visiting the US), Chilis on Wheels distributed vegan donuts to protesters at airports.

“It’s important for us to work in solidarity across social justice movements,” Michelle Carrera, Chilis on Wheels founder and executive director, told VegNews. “It helps to build coalitions, create connections, and build a stronger front of support. Feeding people fighting for justice allows them to stay fueled and focused. Food is sustenance but it’s also political, vegan food even more so, and we use it as a form of solidarity.”

From Smoky Sausages to Strawberry Whipped Cream: Our Top Eight Vegan Recipes of the Day!