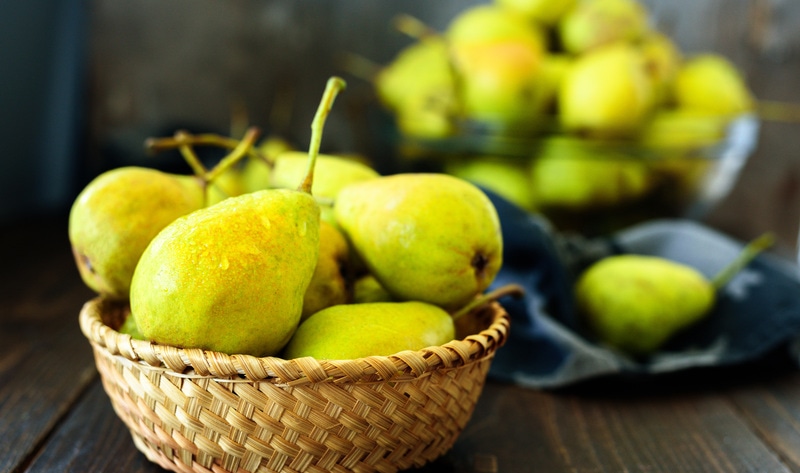 This week, trade group Pear Bureau Northwest (PBNW) announced a new initiative to market pears alongside plant-based meat. During the 2020-2021 pear season, PBNW will focus on promoting pears as a fruit that complements plant-based meats in recipes through a multi-faceted initiative that includes social media advertisements, newsletters, articles, and a partnership with approximately 20 influencers in the United States and Canada.

“Recognizing the interest in plant-based meat amid the scarcity and higher prices in the meat department, we quickly pivoted our strategy by working with influencers to develop recipes with trending alternative meats and plant-based proteins in a nationwide campaign,” PBNW President and CEO Kevin Moffitt said. “With more consumers cooking from home and looking for protein alternatives, we want shoppers to know that pears are incredibly versatile and filling as an ingredient. Pears are ideal with meat substitutes and in plant-based dishes, adding complex flavor and nutrients.”

Throughout the COVID-19 pandemic, the meat industry has failed to contain the spread of the virus among its workers leading to disruptions in the supply chain which have resulted in meat shortages. Consumers have turned to purchasing plant-based meat products and traditional vegan proteins such as tofu to fill the void. During the peak of pandemic food-buying in mid-March, sales of plant-based foods increased by 90 percent when compared to sales during the same time last year, with vegan meat spiking by 50 percent in sales during that time period according to data released by trade group Plant Based Foods Association and market research company SPINS.

Starting June 22, plant-based meat company Beyond Meat is responding to the meat shortage by launching its limited edition Cookout Classic 10-pack, in which the price of the vegan Beyond Burger—which likely pairs well with grilled pears—comes down to just $1.60 per patty.