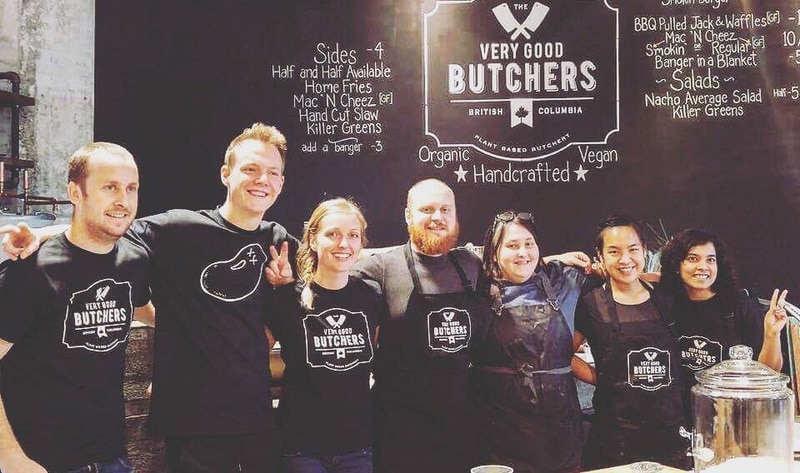 Today, vegan meat brand The Very Good Butchers (VGB)—owned by parent company The Very Good Food Company (VGF)—began trading on the Canadian Securities Exchange (CSE) under the ticker “VERY.” The company completed its initial public offering (IPO) of 16,100,000 common shares at the price of CAD$0.25 per share which resulted in gross proceeds of approximately CAD$4,025,000. The company plans to use the funding for developing new products and accelerating expansion plans, including the launch of a new shop location in Vancouver.

Couple James Davison and Tania Friesen—who met when they both worked at a vegetarian restaurant in Vancouver—began selling their vegan and organic products at a local farmer’s market in 2016, with the goal of making meat alternatives accessible to vegans and those looking to reduce their meat consumption. After demand at the farmer’s market began outpacing their production capabilities, the couple partnered with marketing director Mitchell Scott to open the first VGB storefront on Canada’s west coast in Victoria, BC in 2017. Within four months, the company grew to a larger location in Victoria at the Victoria Public Market where it took over the place of shuttered, meat-heavy Cowichan Bay Seafood. The VGF butcher shop features menu items made with VGB’s housemade vegan meats and cheeses such as burgers, subs, mac n’ cheese, and loaded fries. The company’s vegan meats are also now available at retailers across Canada and as part of a subscription butcher box.

“This IPO is a critical milestone for VBF, as it provides us with the capital to realize our vision of becoming a global leader in food technology, and providing a healthier alternative to existing options available to consumers,” Scott said. “We intend to scale our operations aggressively, establish a market leadership position, and continuously reinvest in creating the highest quality, most innovative plant-based products.”

Stateside, Beyond Meat became the first plant-based meat company to go public when it filed its initial public offering in May 2019 on the NASDAQ stock exchange. On its first day of tradition, Beyond Meat (ticker “BYND”) saw surges in stock prices up to 163 percent—making it the top performing first-day stock of 2019.

Russian Forest Bigger Than the Amazon is in Trouble

Alternative Protein Companies Raise $1.5 Billion in First Half of 2020