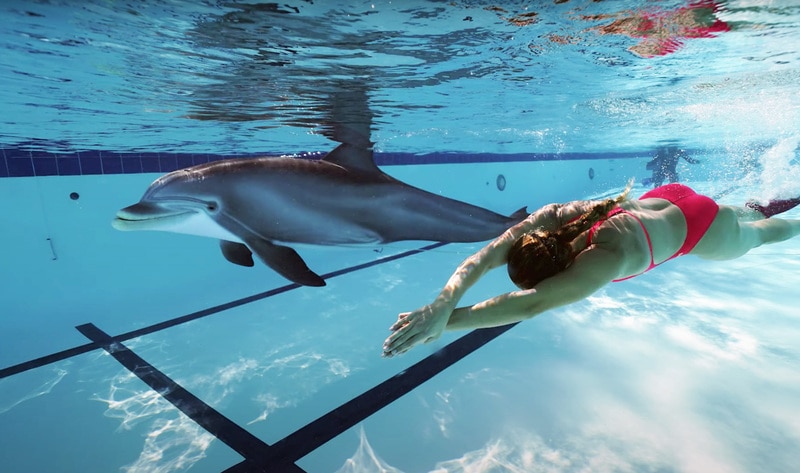 Edge Innovations’ goal is to help businesses reimagine the potential of the marine animal industry. In recent years, the catching, transporting, and breeding of marine animals has become more restricted, and companies such as SeaWorld have struggled to stay afloat.

Recently, Conti and Holzberg were honored with an Innovator for Animals Award from animal-rights organization People for the Ethical Treatment of Animals (PETA). “These visionary designers have thrown a lifeline to sensitive dolphins who are exploited in ‘swim with dolphins’ encounters and archaic marine parks,” PETA Executive Vice President Tracy Reiman said. “PETA is honoring them for making waves with this high-tech invention that lets people get up close to dolphins without harming them.”