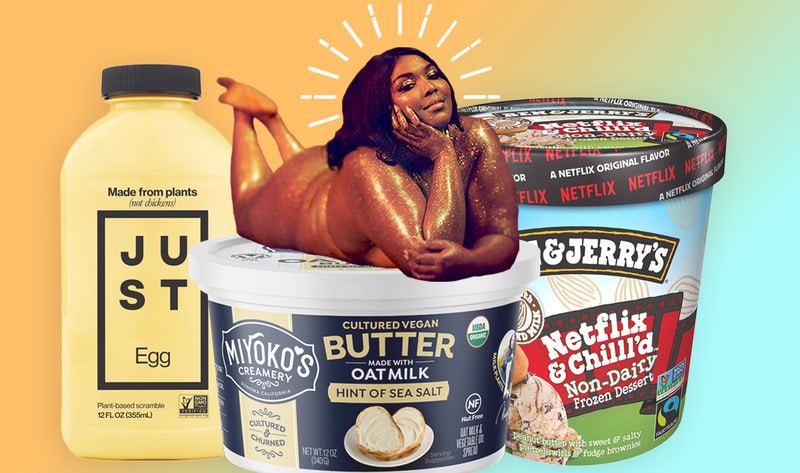 This week, acclaimed musician Lizzo revealed that she is now vegan to her 8.7 million followers on social media platform TikTok. “So being plant-based and vegan has been pretty easy except for when I am hungover, I used to crave cheesy eggs. So here is my substitute for cravings when you’re hungover,” Lizzo said, sharing a recipe for a vegan breakfast scramble. In the recipe, Lizzo scrambled together mung bean-based JUST Egg with vegan carne asada—which was left over from her Juneteenth celebration—that she topped with spinach and vegan pepper jack cheese and served with a side of plant-based bacon cooked crispy in maple syrup.

In a 2017 interview, Lizzo revealed that she was previously vegetarian for seven years and vegan for one. Now, Lizzo has returned to veganism and since April, has been treating her fans to plant-based recipes such as her spicy vegan take on McDonald’s McChicken sandwich, Jamaican patties, and vegan ice cream bread made with Ben & Jerry’s new Netflix & Chilll’d non-dairy ice cream flavor.

One Serving of Meat Is 35 Times More Environmentally Damaging Than a Serving of Vegetables, Oxford Study Finds