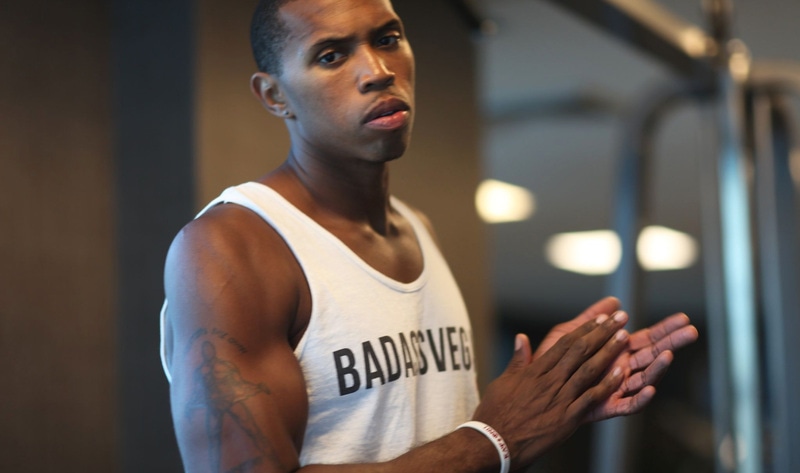 New vegan film They’re Trying to Kill Us is currently in production with a timely narrative that explores the intersections of diet, poverty, and systemic racism. The film (previously titled Hungry for Justice) is a collaboration between John Lewis—the Black vegan activist behind media brand Bad Ass Vegan, fitness expert, and partner at vegan protein company VeganSmart—and director Keegan Kuhn, who co-directed popular vegan documentaries What The Health and Cowspiracy. The film will explore the profitable systems set up to keep Black Americans disproportionately affected by chronic illness by highlighting themes related to food deserts, links between poor nutrition and the pharmaceutical industry, and environmental racism, all through the lens of hip-hop culture.

Lewis and Kuhn have been working on They’re Trying to Kill Us for more than four years, researching and collecting data, filming, and interviewing more than 100 people, including music legends such as Ne-Yo, Mýa, Raury, and members of Wu-Tang Clan and Public Enemy, along with vegan doctors, attorneys, and social-justice activists. “We are connecting the dots between diet, disease, systemic racism, government, and industry collusion, and the power of art and artists to transform the world,” Lewis said.

They’re Trying To Kill Us (Indiegogo Campaign) from First Spark Media on Vimeo.

Kuhn and Lewis are currently raising funding for the film via an Indiegogo campaign to gain public support. “I believe that They’re Trying to Kill Us is too controversial for mainstream outlets and so we’re asking for your support in getting this film out to the world,” Kuhn said. Currently, the crowdfunding campaign has raised more than $16,000 of its $54,000 goal—which will go toward completing the production of the film, funding an aggressive marketing strategy, and obtaining legal counsel.

“The challenge of producing this film is that we must have the support of the community to ensure that this film, and message, gets to reach the actualization of creating massive transformation to the global society,” the filmmakers said. “We have to achieve this together as one, and your support is the reason we will continue to see this success come to be.”

From Chickpeas with Tomatoes and Onions to Quick Cheesy Polenta: Our Top Eight Recipes for the Day!