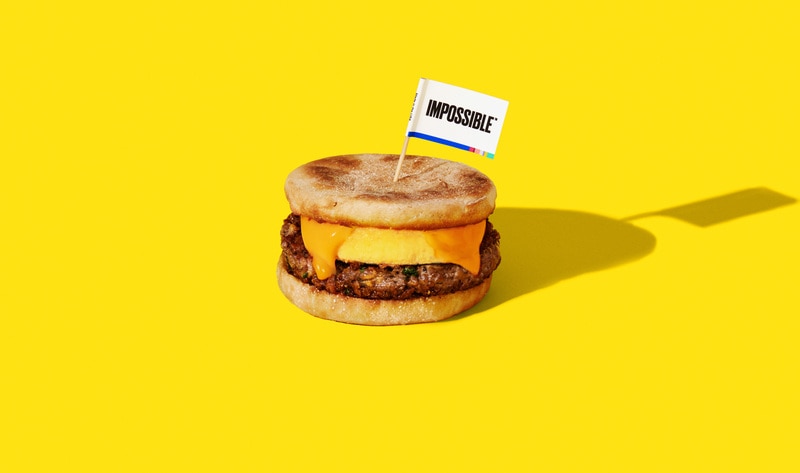 Today, plant-based startup Impossible Foods announced the launch of its newest product, the Impossible Sausage, at Yelp’s top 30 American diners nationwide. The diners—which are the first independently owned restaurants to serve the new plant-based meat—were chosen based on the volume and positivity of reviews on Yelp. The list includes vegan diners Fare Well in Washington, DC and Champs Diner in Brooklyn, NY. A full list of participating diners—which will promote the new plant-based meat option with free tools provided by Yelp—can be found here.

“Plant-based meat has experienced a significant rise in consumer interest on Yelp as we’ve seen a 140-percent increase in review mentions of ‘plant based’ over the past two years,” Yelp trend expert Tara Lewis said. “In fact, Impossible Burger was one of Yelp’s biggest food trends in 2019, and we don’t see that slowing down anytime soon. Consumers are looking to make socially conscious decisions when it comes to dining out and, with our curated list of top diners, they’ll know just the place. We’re thrilled to highlight some of these incredible local spots.”

The Impossible Sausage is also ready for shipping through the nation’s largest food distributors to any restaurant that would like to add the new plant-based meat to its menu. Similar to its Impossible Burger—which expanded to 1,700 Kroger and Kroger-owned stores last month—the company plans to expand its Impossible Sausage into the retail sector after the plant-based meat establishes a foothold in the foodservice industry.

“We launched Impossible Burger in 2016 at America’s best restaurants, when consumers were just starting to get a taste for Impossible products and few realized that plant-based meat could outperform animal analogues in taste, nutrition, and convenience,” Impossible Foods Founder and CEO Patrick O. Brown, MD said. “By the end of 2016, we had expanded to a grand total of four restaurants. By contrast, Impossible Sausage went from zero to 20,000 restaurants in the first half of 2020 alone—a clear bellwether for growth and a warning to incumbent meat producers.”

During a press conference today, Brown reaffirmed his goal to replace all food animals with plant-based alternatives by 2035. “So far, we’re on track. And we’re going to stay on track,” Brown said about his goal. “Maybe even accelerate.”