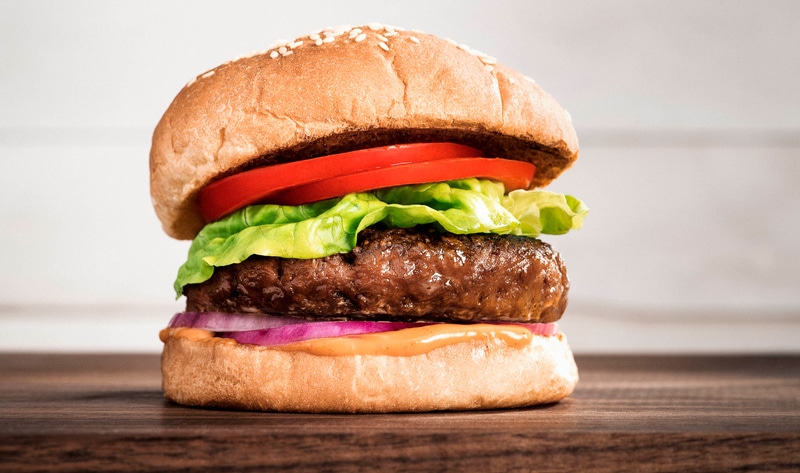 This weekend, the vegan Beyond Burger will launch at 50 Freshippo supermarket locations in Shanghai, China. Freshippo is the technology-driven grocery arm of e-commerce giant Alibaba and this launch represents Beyond Meat’s entry into the Chinese retail market after making its foodservice debut on the menu of 4,200 Starbucks locations across the country in April, followed by select Taco Bell, KFC, and Pizza Hut (brands under parent company Yum China Holdings) locations in June.

“We are proud to partner with Alibaba’s Freshippo, a dominant player in the retail space, to introduce our hallmark Beyond Burger to home cooks throughout China,” Beyond Meat CEO and Founder Ethan Brown said. “We know that retail will be a critical part of our success in China, and we’re pleased to mark this early milestone within a few months of our market entry.”

In September, the Beyond Burger will launch at an additional 48 Freshippo locations in Beijing and Hangzhou. The vegan burger will also be available on the Freshippo mobile app for home delivery.

“Beyond Meat and Freshippo share a vision of bringing innovative shopping experiences and products to our customers,” Jiayu Zhao, Senior Director and Head of Merchandising of Freshippo, said. “Freshippo’s New Retail technology will enable plant-based meat to grow in China by meeting the modern Chinese consumer’s expectations whether they are shopping online or offline. We have seen a growing interest in plant-based meat among our shoppers and look forward to offering more Beyond Meat products in the future.”

Florida Chicken Chain Adds Beyond Beef to Menu at 140 Locations