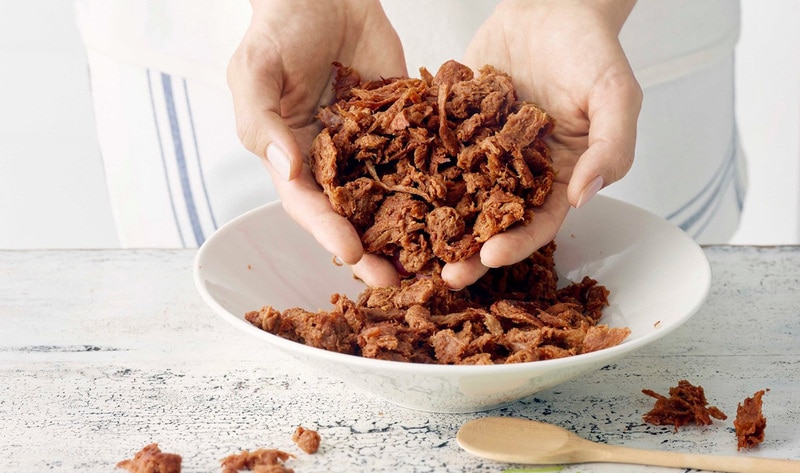 The EXPRO project commenced in June 2020 in Finland to develop the country’s plant-based sector with €2.1 million ($2.3 million) in funding provided by government agency Business Finland. The project—led by nonprofit VTT Technical Research Centre of Finland and the University of Helsinki—will work with companies in various areas, from crop producers to plant-based food brands, with the mission of strengthening the position of Finland as a leader in the lucrative plant-based food industry.

“The Finnish food industry is in a unique position to take the lead in the transition towards a more plant-based food system in-line with the national and European targets,” VTT Project Leader Nesli Sözer said. “Strong consumer engagement is essential to develop not only sustainable but also appealing products in terms of taste and mouthfeel. That is what we are striving for in the EXPRO project.”

One of EXPRO’s partner companies is Helsinki-based vegan brand Gold & Green Foods, which produces vegan meat products from Nordic oats, fava beans, and peas. In 2019, Taco Bell tested Gold & Green’s vegan meat on its menu at select locations in the United Kingdom and added the option to its 53 locations across Spain. The company’s Pulled Oats vegan meat product is now available to the United States foodservice sector with plans to expand to retail.

“Our mission is to leverage the plant-based product exports to new levels via innovations developed in EXPRO,” VTT Project Manager and Senior Scientist Kaisu Honkapää said. “Increased export potential for Finnish food industry can be seen in plant-based meat alternatives and other foods, in ingredients, and also in technology licensing.”

Finland is not the only country looking to support its burgeoning plant-based food industry. Last week, Canada’s Prime Minister Justin Trudeau announced that the government would invest $100 million into Merit Functional Foods, a plant-based ingredient manufacturer, to propel Canada as a leader in the future of the global food industry.

End Bobcat Killing and Protect Emperor Penguins: 10 Petitions You Should Sign This Week to Help Animals