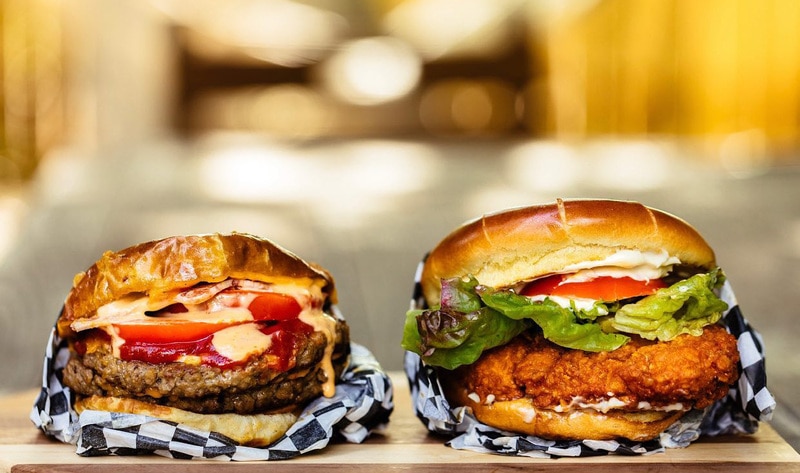 Vegan food truck Malibu’s Burgers has so far raised nearly $80,000 in less than three weeks through a GoFundMe crowdfunding campaign to open its first brick-and-mortar location in Oakland, CA. Founded by Darren Preston, Natasha Fernández-Pérez, and Wahid Brown, Malibu’s food truck launched in January but the trio had hoped to transition to a larger, permanent space so they could meet increasing demand. A big part of the move also involves giving back to the community by employing those who need jobs most, offering competitive pay, and partnering with local organizations to feed those in need.

“When Malibu’s Burgers was [conceived], we originally wanted to open a brick-and-mortar location [but] the food truck was an opportunity that presented itself and we took it,” Preston told VegNews. “Now more than ever, we’d like to transition to a brick-and-mortar because we can’t meet the demand from our truck. We have outgrown our truck and with more space we’d have in a location, we could pump out more burgers.”

The food truck’s menu currently features fully loaded burgers using Impossible 2.0 patties, such as the Needy Meaty with Follow Your Heart American cheese, bacon, lettuce, tomato, caramelized onions and house-made “lizard sauce” on a pretzel bun, along with French fries and milkshakes. The team aims to expand the menu with rotating diner-style dishes in the new space. Malibu’s Burgers plans to keep operating its food truck in addition to the permanent space and hopes to eventually expand to San Francisco.