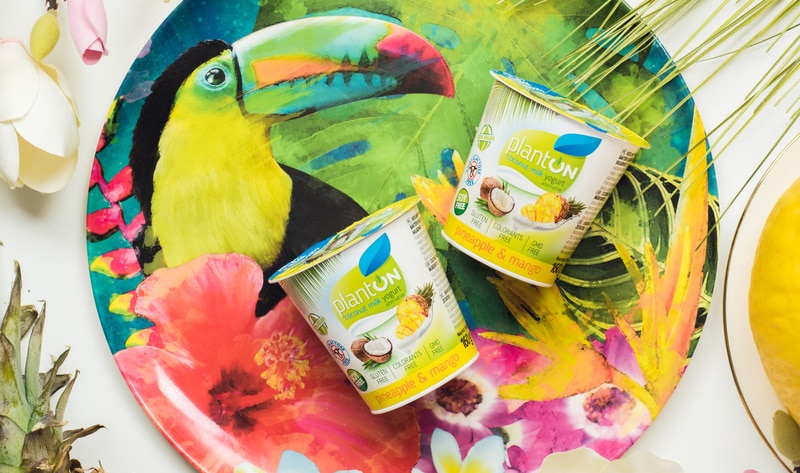 Former Polish dairy company Jogurty Magda is now a fully vegan brand. In 2017, the company launched its first coconut milk-based vegan yogurt Planton—which was chosen by Polish consumers as the country’s best plant-based yogurt in 2018. Jogurty Madda followed the success of Planton by launching a coconut milk-based vegan sour cream in 2019. “The decision to focus fully on plant-based production is a bold step, which confirms not only the broad perspective of the Jogurty Magda’s team, but also indicates the real commercial potential of the market of plant-based yogurts, drinks or cheeses,” said Maciej Otrębski, Strategic Partnerships Manager at RoślinnieJemy—an organization working to increase plant-based products in Poland.

Polish attitudes toward plant-based products are rapidly changing with sales of dairy alternatives increasing by 26 percent in the country in 2019 alone. Mintel data shows that 20 percent of Polish people started to perceive plant-based products as more attractive during the COVID-19 pandemic while 54 percent believe plant-based foods are more environmentally friendly than their animal-derived counterparts.

“The decision to make Jogurty Magda a fully plant-based brand is a natural consequence of the continuous development of our product portfolio, which for more than two years has been dominated by [coconut milk-based] yogurt and cream,” Magdalena Kubit, Managing Director of Jogurty Magda, said. “Our products are for everyone. They end up on the tables of Poles, Czechs, Slovaks, and consumers in other countries, who, for various reasons, want to limit the consumption of animal products, while not giving up their favorite flavors. I am glad that from now on the actions we take will be fully consistent.”

Going forward, the company will rebrand its logotype from Jogurty Magda to Magda Roślinna (“Plant-based Magda”) and expand its vegan product distribution to more retailers.