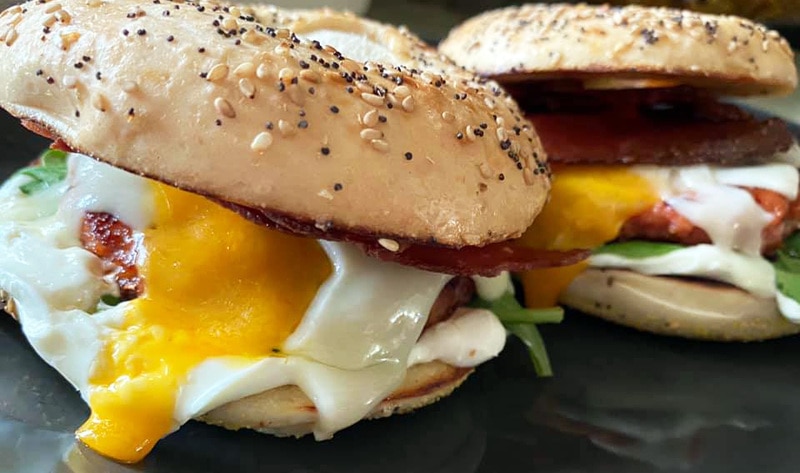 On July 15, Vegan Deli & Butcher will open in St. Louis, MO. The 1,700-square-foot, 45-seat space will offer soups, salads, and cold deli sandwiches such as a vegan Reuben, egg salad, tuna melt, Philly cheesesteak, meatball parm, and peppered beef, served with chips and a pickle. The deli will also offer grab-and-go deli-style salads such as creamy potato, macaroni, tomato and cucumber, tabbouleh, and coleslaw, along with cashew cheese wheels, and vegan meats such as sausages, roast beef, and corned beef—all made in-house and sold by the pound.

“I use some of the same techniques that a traditional butcher uses—smoking, braising, extruding, aging,” Vegan Deli & Butcher co-founder Chris Bertke told media outlet St. Louis, “so a vegan deli is really not that odd, once you think about it.”

The deli will also be home to the coffee shop Peace Love Coffee, which will offer vegan pastries, doughnuts, danishes, and croissants in the mornings. Bertke is considering adding a charcuterie board and small plates to the menu and also plans to acquire a liquor license.

Schools in Vietnam to Teach Children About Threatened Wildlife