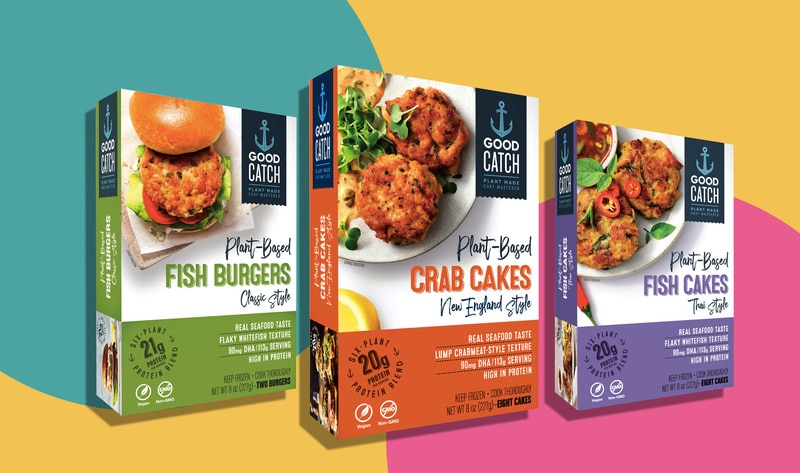 Good Catch was founded by chefs and brothers Chad and Derek Sarno and debuted its first products—vegan Fish-Free Tuna pouches in Mediterranean, Naked in Water, and Oil & Herbs flavors—at retailers in the United States last year before expanding distribution to the United Kingdom. “Quality and innovation are essential to the Good Catch culinary journey,” Chad Sarno said. “Recreating the taste and texture consumers expect from whitefish and crab cakes challenged our team to push our boundaries. We are really proud of the final outcome.”

In June 2019, Gathered Foods—the parent company of Good Catch—raised $10 million in funding to open a new production facility in Ohio, which has the ability to produce $100 million worth of plant-based protein annually. At the beginning of 2020, the brand raised $36.8 million and recently added a group of celebrity investors to its roster, including Woody Harrelson, Shailene Woodley, Paris Hilton, and Lance Bass, to further fund its growth.

In March, Gathered Foods announced a joint venture with Bumble Bee Foods to leverage the tuna giant’s sales, distribution, and logistics expertise to make Gathered Foods’ vegan products accessible to a wide range of customers at affordable prices. The partnership marked the first time a major seafood brand has partnered with a vegan company.