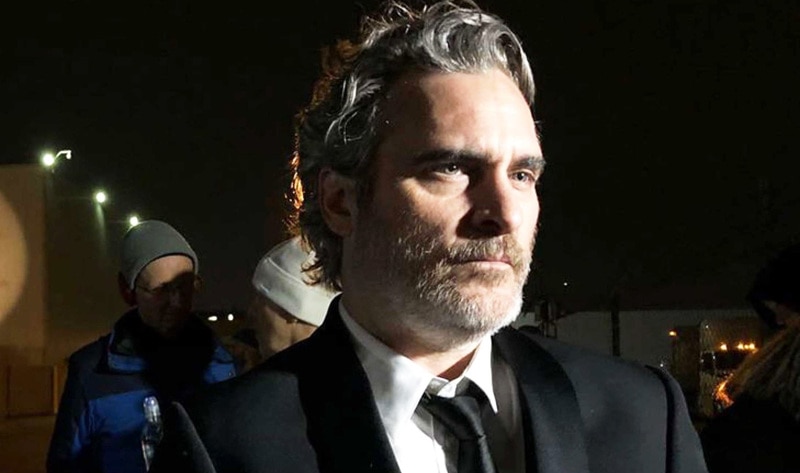 This week, vegan actor Joaquin Phoenix joined the fight to expose the dangerous practices of the animal agriculture industry during the COVID-19 pandemic through a whistleblower campaign launched by animal-rights group Animal Legal Defense Fund (ALDF). The “Report Animal Ag” campaign is a whistleblower platform that encourages meat workers to come forward anonymously to report any abuses they witness at work, including animal cruelty, worker safety violations, and improper disposal of animals.

In April, approximately 20 slaughterhouses—including those operated by meat giants Tyson, Smithfield, and JBS—shuttered temporarily after failing to contain the spread of COVID-19 at their facilities, where workers typically work shoulder-to-shoulder at breakneck speeds. The shutdown created a meat shortage, along with a glut of animals, and by the end of April, farmers nationwide began destroying chickens and pigs en masse through methods such as foam suffocation, blunt force trauma, and ventilation shutdown—wherein all fans and vents to barns are shut off, causing animals to suffocate and overheat in the rising temperatures over several hours. On May 29, a whistleblower came forth to help expose the cruelty behind ventilation shutdown at an Iowa pig farm, recording the screams of pigs as they baked to death.

“Despite the animal agribusiness industry’s flagrant disregard for worker safety as COVID-19 ravages slaughterhouses, a surge of whistleblowers—under the constant threat of employer retaliation—are coming forward with information about the mass killing of animals and disposal practices that have severe environmental implications,” Phoenix said. “Whistleblowers are instrumental in helping animal protection organizations identify, investigate, document, and expose cruelty.”

An April 28 executive order issued by President Donlad Trump prompted slaughterhouses to reopen and by June 9, most were operating at 95 percent capacity—despite the increasing spread of COVID-19. As of July 7, there have been at least 32,700 positive COVID-19 cases tied to meatpacking facilities in at least 362 plants in 38 states, and at least 126 reported worker deaths at at least 43 plants in 24 states, according to current data from the Midwest Center for Investigative Reporting. Amid the growing crisis, Phoenix and ALDF are renewing their calls to urge whistleblowers to come forward to report worker safety violations and incidents animal cruelty at slaughterhouses using ALDF’s ReportAnimalAg plaftorm.

“The animal agriculture industry doesn’t want the public to see operations when everything is ‘business as usual,’ much less conditions during a pandemic,” ALDF Executive Director Stephen Wells said. “Workers are putting their lives at risk for corporate bottom lines. We want them to know they can report illegal or dangerous conditions anonymously and we will take appropriate action. The public has a right to know what is being done—and the dangers associated with the process of mass killing and disposal of hundreds of thousands of animals.”

To raise awareness among meat workers, ALDF has also erected billboards near slaughterhouses that direct them to the anonymous tip line to gather information. The billboards are currently up in Greeley, CO; Toledo, Perry, and Waterloo, IA; Sioux Falls, SD; Green Bay, WI; Los Angeles, CA; and Springdale, AR.

ALDF also joined a coalition of groups to file a legal petition with the United States Department of Agriculture demanding it ban on-site incineration and the mass burial of animals and create a transparent database tracking how federal funds are used in the disposal of animals to empower communities living near meat plants to protect themselves from the forthcoming pollution.