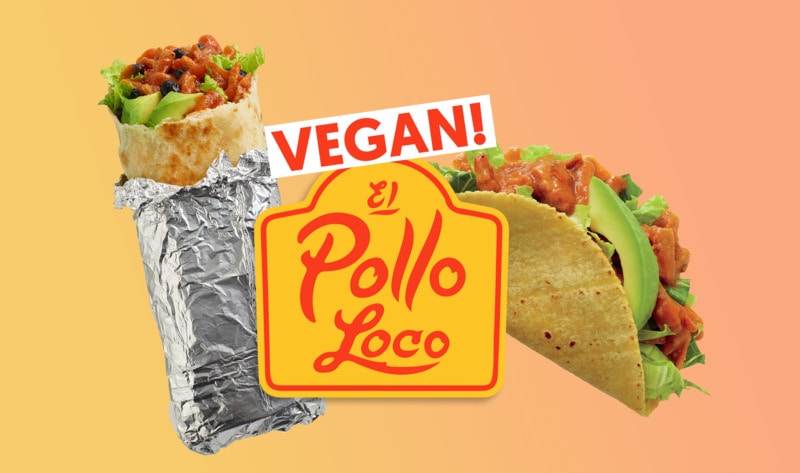 Today, El Pollo Loco became the first national chain to offer vegan chicken at all of its 485 locations with the reformulation of its Chickenless Pollo. In February, the chain added Chickenless Pollo to its locations nationwide but the initial formulation could not be ordered vegan as it was simmered in a sauce that contained an egg enzyme. The new Chickenless Pollo—made from non-GMO soy—is now simmered in an egg-free adobo sauce and is certified vegan by the American Vegetarian Association. “Coming off the heels of our Chickenless Pollo launch in February, our customers asked for a vegan option on social media and we listened,” El Pollo Loco CEO Bernard Acoca told VegNews exclusively. “We quickly reformulated the recipe in a matter of a few months to introduce an American Vegetarian Association Certified chicken alternative that met the needs of vegan palates. It also allowed us to take a step further in the plant-based space and continue our long-term commitment to diversifying our menu with better-for-you options.”

Acoca explained that the Chickenless Pollo is the first step to future vegan options at El Pollo Loco. “With our longstanding commitment to championing making healthier eating more accessible, customers can expect that our menu will continue to evolve and diversify with additional plant-based innovations—without leaving behind our signature flavor attributes, by taking cues from our signature fire-grilled chicken,” Acoca said.

Competing chicken chain Kentucky Fried Chicken (KFC) has been slower to roll-out meatless chicken, opting to conduct test trials prior to committing to a system-wide launch. In August, KFC launched Beyond Fried Chicken at a single location in Atlanta, GA where the vegan chicken option sold out within five hours. On February 3, KFC expanded the test to include nearly 70 additional locations in Charlotte, NC and Nashville, TN, and surrounding areas but has yet to announce a national rollout.

10 Recipes That Will Veganize Dad on Father’s Day