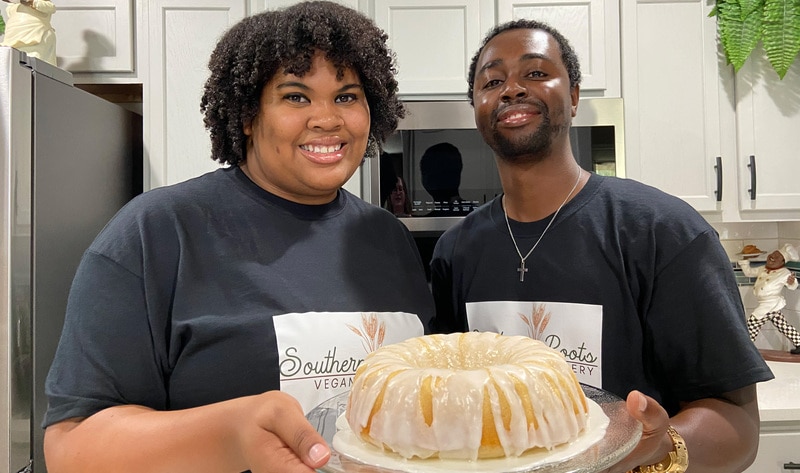 San Antonio, TX-based vegan bakery Southern Roots recently grew its business by 100 percent. With people across the country focusing on supporting Black-owned businesses amid the Black Lives Matter movement, the bakery has received an influx of orders that has the two-person team working day and night to meet demand. In recent weeks, Southern Roots has been included on lists of Black-owned businesses published by media outlets to support the Black Lives Matter movement.

The online bakery—which ships its baked goods nationwide—was founded in 2018 by husband-and wife-team Marcus and Cara Pitts, who are also the master bakers. Southern Roots offers items such as brownies, red velvet doughnuts, cinnamon rolls, chocolate chip cookies, and Mary Lee’s lemon bundt cake, named after Cara’s 97-year-old grandmother. The Pitts launched the vegan bakery after watching the documentary What the Health, which inspired them to go vegan.

“We were denied benefits as a small business, so all of the recent attention has been a blessing in disguise,” Marcus Pitts said. “As a black-owned business, our focus is on perseverance and consistency. We have to keep going no matter what because life comes at you fast.”

The bakery has had to hire more people to help fulfill orders and asked customers for their patience during this time.