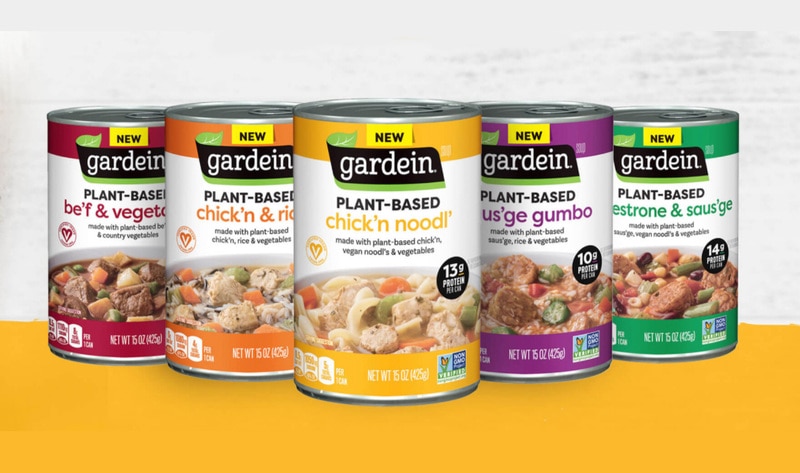 In January, Gardein also launched a new plant-based burger made from pea protein, the first product in its Ultimate Plant-Based line which was created to compete with newer brands such as Beyond Meat and Impossible Foods. The brand is currently developing additional products in this line, including the Ultimate Hot Dog and Ultimate Sausage.

Gardein is owned by food giant ConAgra Brands which is also debuting new vegetarian (not vegan) products featuring Gardein’s meats in other brands across its portfolio. Bird’s Eye will debut Meatless Lasagna made with Gardein’s Be’f and Skillet meals in Garlic Chick’n and Alfredo Chick’n flavors. Healthy Choice is launching power bowls made with Gardein in two flavors: Be’f & Vegetable Stir Fry and Chipotle Chick’n, along with a Green Goddess vegan bowl not made with Gardein. Finally, Marie Callender’s will debut meatless versions of its classic pot pies in Chick’n and Be’f flavors.

What This VegNews Editor Keeps in Her Freezer at all Times

Women Killed by Her Pet Snake Proves Snakes are Not Meant to be Domesticated!