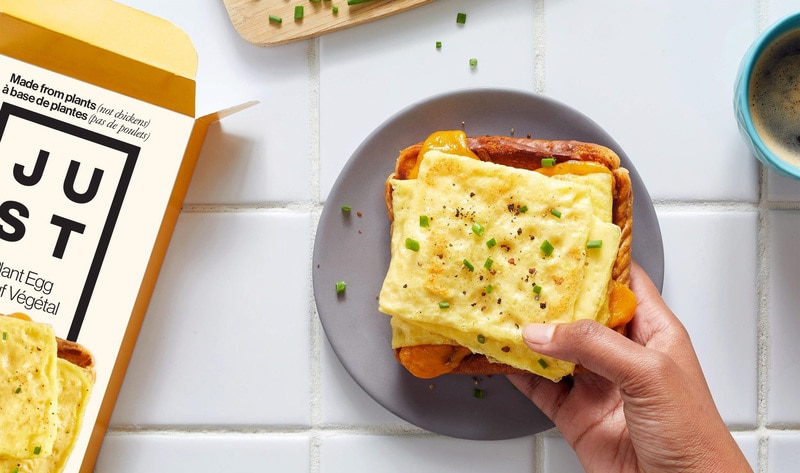 This fall, vegan egg replacer JUST Egg will make its debut in Canada by way of more than 100 Walmart stores and Whole Foods Markets in Toronto, Victoria, Vancouver, and Ottawa. Eat JUST, Inc.—the company behind the mung bean-based egg replacer—will brand its product JUST Plant Egg in Canada and the first format that will be available is its newest toaster-ready folded egg omelette, which will be sold in a box of four in the frozen aisle. “I’m so proud to announce this milestone in Canada,” said Josh Tetrick, JUST’s co-founder and CEO. “We’re working hard to make our products available in as many places as possible and launching in Canada, where demand for plant-based proteins is strong and growing, brings us one step closer to that goal.”

Previously, JUST Egg was available at Tim Hortons in Canada but its launch at Walmart and Whole Foods Market represents the first time the innovative product has been available at retail stores in the country.

Stateside, the liquid format of JUST Egg launched in United States retail stores Sprouts and Whole Foods Markets in April 2019 before expanding to other retailers, including Walmart, nationwide. By May 2020, the company sold the vegan equivalent of 40 million eggs, representing a savings of 1.48 billion gallons of water (the equivalent of filling 1,900 Olympic-sized pools); 2,036 acres of land; and 5 million kilograms in carbon dioxide emissions (the equivalent of driving 12 million miles in an average car). JUST launched its folded egg—with a suggested retail price of $4.99 per 8-ounce pack of four omelettes—at retailers in the US in April 2020.

Silk Launches Half and Half Dairy Alternative Made with Oat Milk