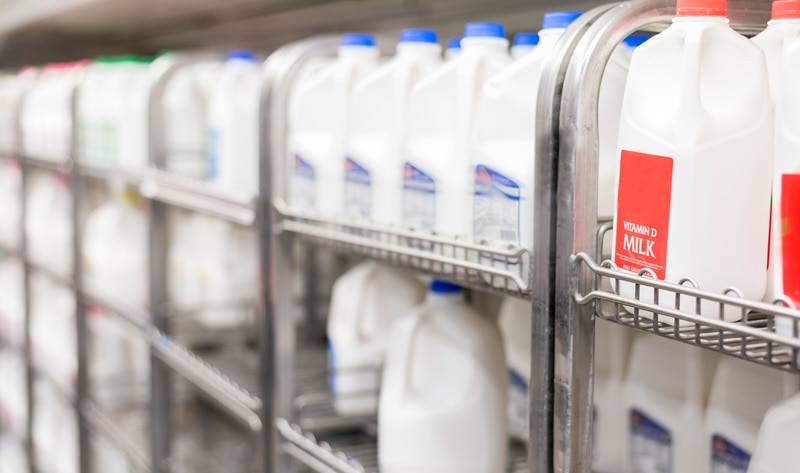 Nonprofit medical group Physicians Committee for Responsible Medicine (PCRM) is calling on health officials to recognize the health risks of dairy before formulating the 2020-2025 Dietary Guidelines for Americans. “To describe cow’s milk as required or as the default option reflects racial bias that is presumably unintended but is nonetheless inappropriate and harmful to public health,” PCRM doctors, nurses, and dieticians wrote in a recent letter to the US Department of Agriculture and Department of Health and Human Services. The letter points out that dairy products are unnecessary and warn of their particular health toll on people of color.

“Unhealthful foods contribute to a wide range of health problems, many of which take a particular toll in Black and Latinx communities,” the letter states. “Federal nutrition policy, including the Dietary Guidelines for Americans, has played a role in exacerbating these disparities.”

The letter cites some of the ways consuming dairy affects people of color, listing lactose intolerance as a major issue, with milk ingestion potentially causing bloating, diarrhea, and gas in affected individuals: “The loss of lactase enzymes after early childhood is the biological norm. Only among whites is lactase persistence common. The National Institutes of Health estimates 95 percent of Asian Americans, 60-80 percent of African Americans and Ashkenazi Jews, 80-100 percent of Native Americans, and 50-80 percent of Hispanics are lactose intolerant.”

A scientific report recently released by the Dietary Guidelines Advisory Committee (DGAC)—the findings of which are used to develop the final dietary guidelines—recommended that Americans should avoid saturated fat, cholesterol, and red and processed meat and instead focus on carbohydrate-rich plant-based foods for optimal health. However, PCRM faults the DGAC for failing to warn against dairy products. “The Dietary Guidelines Advisory Committee finally got it right by finding that plant-based foods are beneficial for every health condition and that red and processed meat are beneficial for none,” Susan Levin, PCRM Director of Nutrition Education, said. “But they missed the mark when they failed to warn against dairy products, which are the leading source of saturated fat in the American diet.”

Make Way for Biogas! Food Scraps will be Used as Fuel for Garbage Trucks in Toronto