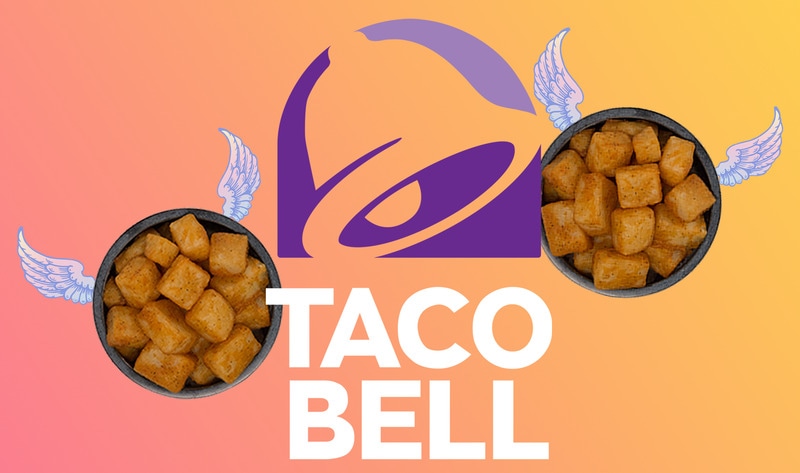 Today, fast-food-chain Taco Bell confirmed its plan to remove 12 menu items to streamline its operations. Taco Bell is axing all of its potato options, a longtime vegetarian favorite, along with mostly meat and cheese-heavy options such as the Grilled Steak Soft Taco, Beefy Fritos Burrito, and 7-Layer Burrito. “We know some vegetarian go-to items might be gone, but Taco Bell’s menu remains highly customizable,” the company said in its announcement. “Don’t forget to lookout for the vegetarian symbol on menus to indicate vegetarian products, and remember you can swap out any protein for beans in any menu item.”

While Taco Bell is adding $1 beef burritos and a $5 box of cheese-topped nachos to fill the void for now, the chain is planning to innovate its menu with future options that better serve their customers, including plant-based options. “While change is hard, a simplified menu and innovation process will leave room for new fan favorites, continued progress in categories such as plant-based diets, and even opportunities for the return of some classics on a limited-time basis,” the company stated.

Last year, Taco Bell unveiled a dedicated vegetarian menu board nationwide and made it even easier to order meatless options with its new “Veggie Mode” button (which displays Taco Bell’s nearly 50 vegetarian options and allows users to further customize their order to be vegan).  While the chain previously esched the idea of adding plant-based meat to its menu, choosing instead to focus on its beans as a protein option, new CEO Mark King confirmed in February that plant-based meat options are on the way next year and has already met with representatives from both Beyond Meat and Impossible Foods.

The 2020 Summertime Guide to the Best Vegan Ice Creams