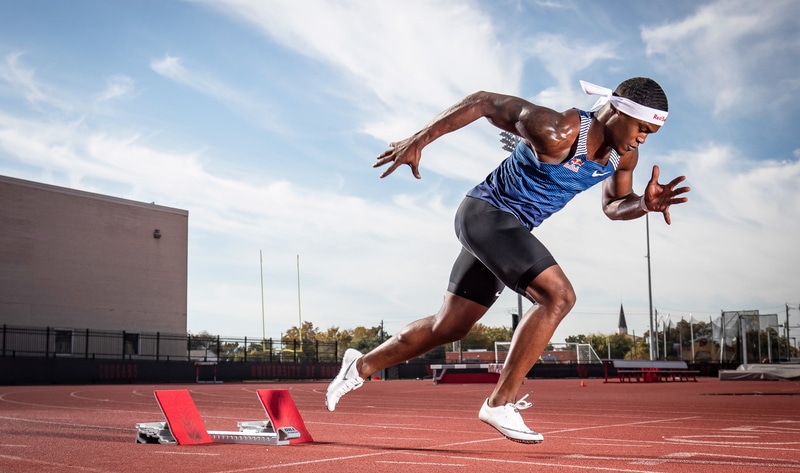 Rising track star Elijah Hall recently went vegan as part of his training for the Tokyo Olympic Games. He was on track to participate in the 2020 Games, which were originally set to start next week but have been rescheduled for 2021 due to COVID-19 restrictions on mass gatherings. In the meantime, Hall decided to step up his nutrition game by going vegan. The young athlete is the 2018 NCAA National Champion with the Houston Cougars and is also the United States record holder for the Indoor 200 Meters.

Hall says his new diet—which includes favorite dishes such as pollo salsa tacos and Beyond Burgers—has provided him with more energy, better sleep, and an overall feeling of being lighter on his feet, both on and off the track. “I wanted to approach my season differently than I ever have before,” Hall told VegNews. “I have read about great athletes who have turned plant-based and have longer careers.”

A number of pro athletes in various sports—including tennis champ Venus Williams, NFL pro Colin Kaepernick, ultramarathon runner Scott Jurek, and boxer David Haye—have credited veganism for their optimal health and performance. Earlier this year, world race car champion Lewis Hamilton said: “I think my health has just got better and better over the last couple of years as I’ve gone to the plant-based diet.” And tennis champion Novak Djokovic said: “It’s more than a performance reason for me, it’s a lifestyle, it’s something I’m really proud of.”

Australian Athletes Come Together to Demand Action on Climate Change