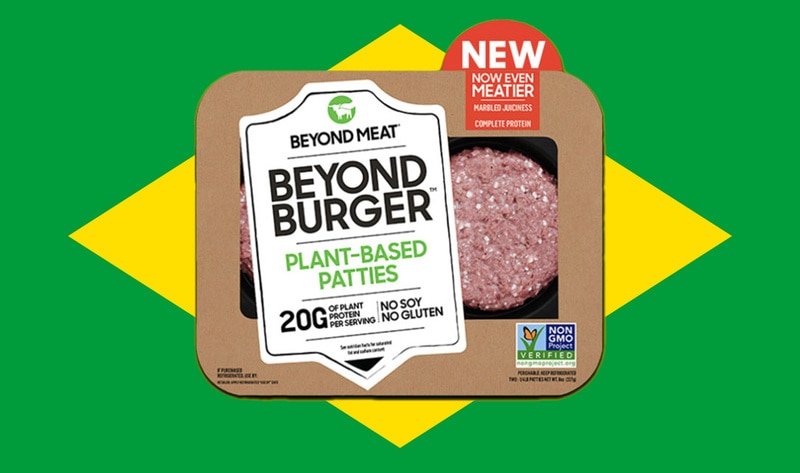 This month, California-based vegan brand Beyond Meat made its retail debut in Brazil, the world’s third largest consumer of animal meat. Brazilian consumers can now purchase Beyond Beef, Beyond Burger, and Beyond Sausage at 19 locations of retail chain St. Marche in São Paulo. “Our Brazil market entry marks an important step in furthering our mission of increasing accessibility to plant-based meat globally,” Beyond Meat CEO Ethan Brown said in a statement. “As the third-largest market in the world in terms of animal meat consumption, Brazil offers significant opportunity for plant-based meat adoption.”

In April, Beyond Meat made a milestone step in its global expansion with its entry into China by way of 4,200 Starbucks locations which now offer menu items made with Beyond Beef along with items featuring vegan milk brand Oatly and Hong Kong-based vegan meat brand OmniPork. In June, select locations of Pizza Hut, Taco Bell, and KFC in China (brands operated by Yum China Holdings) added the Beyond Burger to their menus for a limited time to gain consumer feedback.

Stateside, Beyond Meat fortified its partnership with KFC this week with the expansion of Beyond Fried Chicken plant-based nuggets to more than 50 locations in Southern California for a limited time.

New Advisory Board Forms to Bring Beyond Meat, Miyoko’s, and Oatly to Sub-Saharan Africa

You Can Now Pay for Vegan Groceries with Bitcoin

From Cauli-Ranch Salad to Salted Caramel Protein Blondies: Our Top Eight Vegan Recipes of the Day!