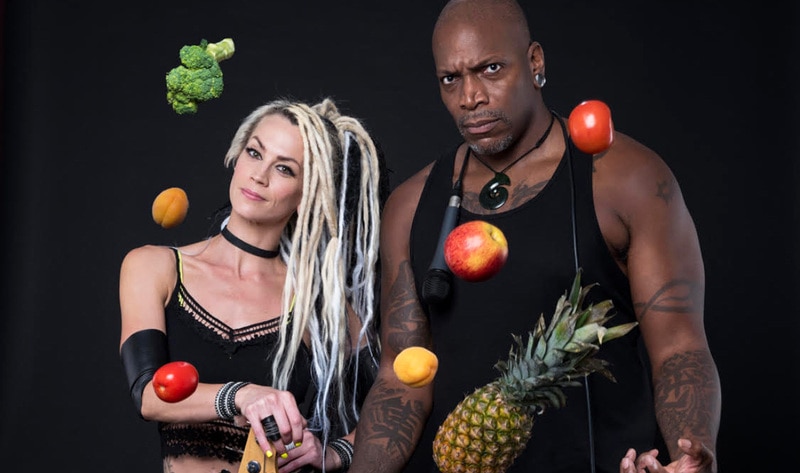 New vegan show Highway to Health is set to debut later this year. Hosted by international touring musicians Derrick Green and Tanya O’Callaghan, the eight-episode series takes viewers on the road to educate them on how easy it is to be vegan. From Miami to Dublin, Highway to Health opens the door for positive conversations about the vegan lifestyle, showcasing culture, eco-friendly innovations, and food. Green and O’Callaghan share meals with celebrities, athletes, and doctors, such as musician Moby, director Kevin Smith, UFC legend Demian Maia, and guitar hero Devin Townsend, and talk about food, health, inclusivity, and what we can do to make a difference.

“The inspiration came from years of being plant-based and traveling the world with music—I was able to see an evolution evolving in the plant-based world internationally,” Green told VegNews. “I felt it was time for people to see a travel food show not only about unaffordable indulgence in exotic animal cuisine. I knew that there is much more to food and it’s important for us to break the stereotypes that exist surrounding the plant-based lifestyle.”

Green and O’Callaghan are currently in negotiations with television networks to launch the show before the end of the year. “We will not stop until this show is available for everyone to see; it’s always been our goal from day one,” Green said.

Premium Vegan Butter, in Plastic-Free Packaging, Coming to Kroger for $3.49

From Roasted Vegetable Risotto to Schezwan Fried Rice: Our Top Eight Recipes of the Day!