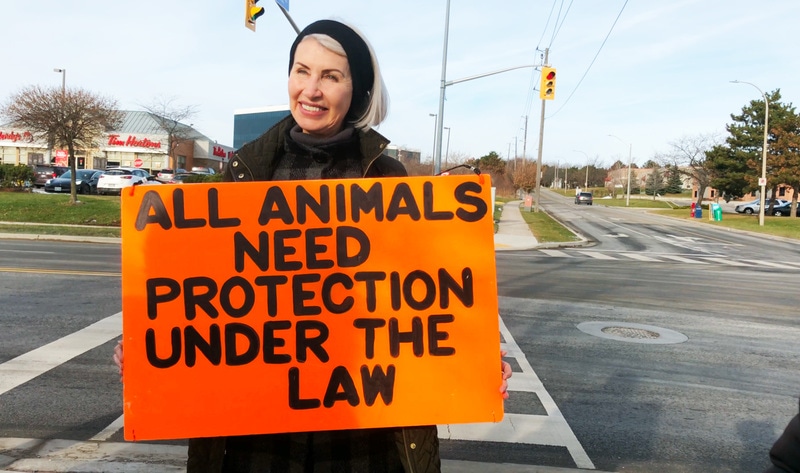 Canadian authorities have charged a truck driver involved in the death of prominent animal-rights activist Regan Russell at a slaughterhouse in Burlington, Ontario in June. The 28-year-old driver has been charged with Careless Driving Causing Death in connection with the fatal injury of the 65-year-old activist. The day Russell was killed, she was attending a vigil with animal-rights group Toronto Pig Save outside Sofina-owned Fearmans slaughterhouse when she was struck and violently killed by the pig transport truck. Russell was standing at the slaughterhouse entrance when the driver unexpectedly accelerated, turning in Russell’s direction and ending her life.

The animal-rights community says that the careless driving charges do not amount to justice. Animal-rights group Animal Save Movement is demanding the release of video footage obtained by police that show the incident, as they believe numerous eyewitness accounts would provide reasonable and probable ground to lay charges under the Canadian Criminal Code.

“These charges are feeble and do not amount to justice for Regan. Enough is enough,” Anita Krajnc, co-founder of Animal Save Movement, said. “How many more lives will be lost at the hands of Sofina and Fearmans before they agree to a safety policy? They’ve rejected these calls far too long and have Regan’s blood on their hands—we will not rest until Bill 156 is repealed.”

Toronto Pig Save had previously called on the owner of Fearmans slaughterhouse to implement safety protocols after vigil attendees were nearly hit by trucks on a number of occasions in the past.